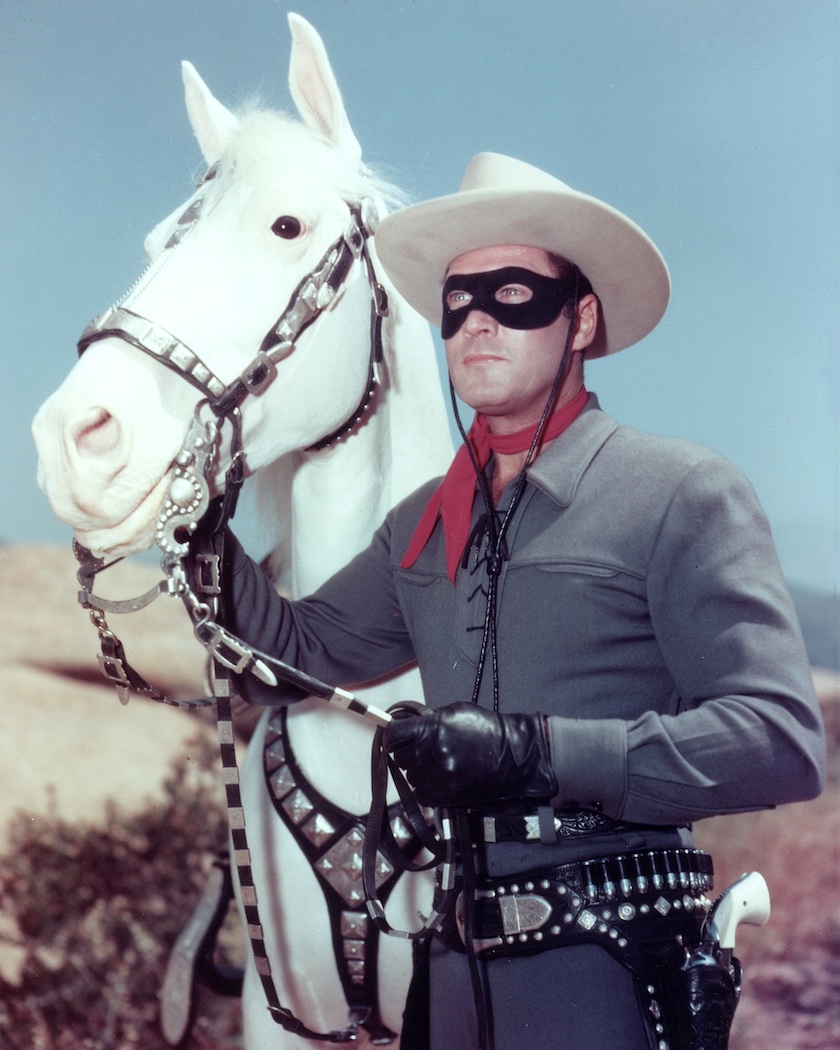 Next to my father, the only other man I looked up to when growing up was The Lone Ranger. I suspect that was because he and I would watch The Lone Ranger together during the summer months when I was out of grade school. Sometimes we would meet the masked man with a bowl of popcorn and cherry Kool-Aid and other times we would be empty handed, but always there was a surge of excitement when we sat in front of our huge floor-model television. The Lone Ranger was my father’s favorite when he was a child and now the legacy has passed to me. I may not remember each episode and nuance, but there are several things about The Lone Ranger mythos that has helped to transform me into the person I am and the person I hope to be.

Silver bullets, a black mask, a white horse and Tonto mean more in the maturity of my adulthood than they did in my childhood, but I always had an appreciation for them (even when I was not totally sure what I was celebrating). Webster defines a manifesto as “A public declaration of principles, policies, or intentions, especially of a political nature.” If you would indulge me, I would like to explain and evangelize what I call “The Lone Ranger Manifesto” with the hope that it becomes not just a series of amusing observations, but a moral template to live by.

THE LONE RANGER HAD A CAUSE, it was called justice. His 9 to 5 was avenging those who had been wronged, standing up for people who could not defend themselves and aiding the law to bring wrongdoers to justice. If one was to measure the amount of evil in the world and compare it to one decent person determined to reverse its course, the odds of success would be near zero. Yet, the magnitude of this mission never slowed the passion or tenacity of The Lone Ranger. Despite numerous pitfalls, fist-fights or gun battles, The Lone Ranger never stopped trying to accomplish the impossible.

THE LONE RANGER HAD TONTO and that alone was a wonderful, if not a miraculous thing. No one man has all the skill, talent, or knowledge to do everything; this is why it is important to team yourself up with someone whose strengths compensate for your weaknesses. According to the legend of The Lone Ranger, it was Tonto who saved The Lone Ranger’s life and (in one modern remake) it was Tonto who trained The Lone Ranger to fight with silver bullets. This brings to mind what I think is a very poignant observation.

Once The Lone Ranger and Tonto (his faithful Indian companion) had saved the day, the question was always asked, “Who was that masked man?” In most of the episodes I remember, no one gave much thought to Tonto. Whenever The Lone Ranger was spoken of or described in a newspaper, Tonto was conspicuously absent. Yet, the masked man would not be who he was without Tonto. And I thought to myself, “Why would Tonto stick around when he was not reaping the reward of notoriety and legend?” And then it hit me, Tonto shared in The Lone Ranger’s vision so much, that it transcended personal benefit or desire for recognition.

In addition to the shared mission of bringing justice to the Old West, The Lone Ranger and Tonto had (to some) an inexplicable friendship. Consider the cultural and historical significance of a white man and an Indian referring to one another as  “kimosabe” which is translated “blood-brother.” In all likelihood, they should have been uneasy allies at best. Judging by the increasing territorial claims and disputes between settlers and Native Americans, it would seem that there would be no common ground between them. Yet, they were bound by a vision that eclipsed racial divide and personal interest. 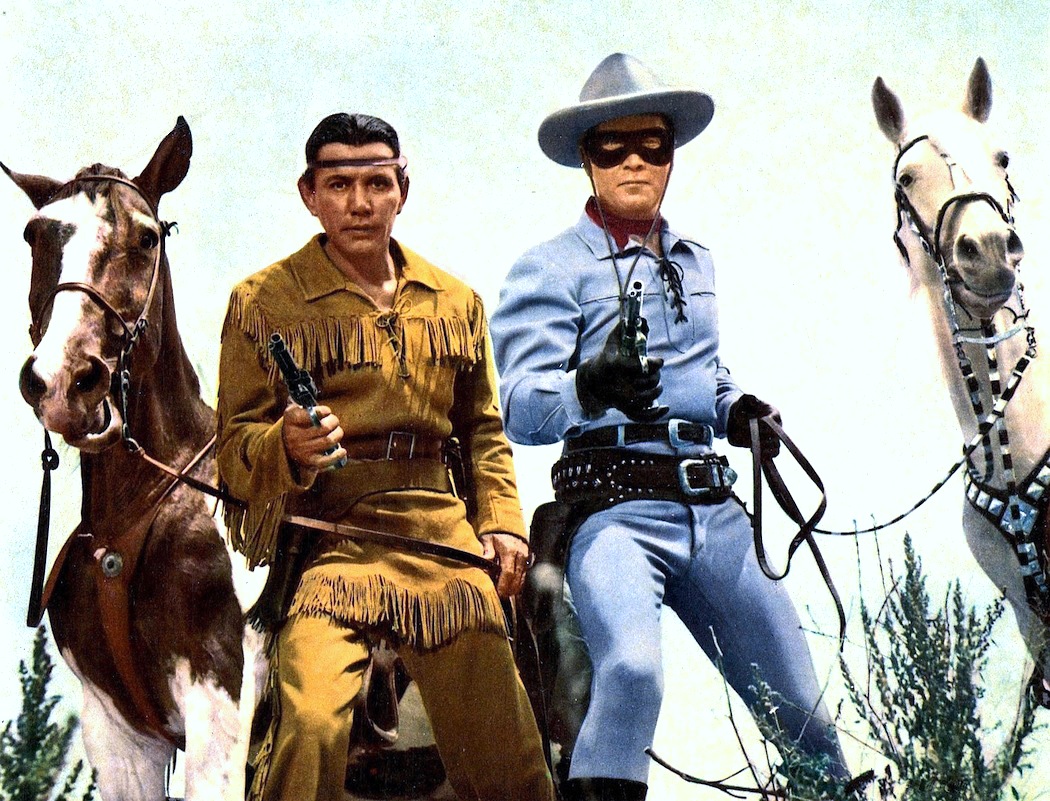 THE LONE RANGER ALWAYS OPERATED IN SECRET whenever he performed good deeds. How could he not? He was always in a mask by habit and nature. There were times when he chose to reveal himself in order to facilitate an end result or when he asked Tonto to make a query, but more often than not he was in disguise as a grizzly old prospector, a hooded priest, or simply an unannounced stranger. When camouflaged, he gathered information on who was in need, what situation prevented good people from helping themselves and then pursed a course of action to assist. Once it was all over, he slipped away before anyone could thank him and he never sought praise for what he did. Afterall, he was pursuing a mission and making strides towards that goal was its own reward.

THE LONE RANGER HAD SILVER BULLETS and I never considered that when I was younger, but silver bullets cost money to produce. How much money did he leave behind when he fired bullets at the bad guys? I never saw an episode where The Lone Ranger went back to collect his bullets. I also notice now that The Lone Ranger always rode in style; he and Tonto’s costume were always pressed, there horses were healthy and neither man seemed to be losing any weight. I also reflect on how The Lone Ranger could go anywhere at anytime to complete whatever mission he was on. All that to say, The Lone Ranger had resources that he chose to use for the benefit of others rather than live an opulent lifestyle centered on himself. He was a classy guy indeed.

THE LONE RANGER LIVED BY A MORAL CODE. He never seemed to wonder what was right or wrong and although I can not say this with any certainty, I believe The Lone Ranger was a Christian. I never saw him read a bible, but his life was a sermon to those who heard of him. Especially in light of Isaiah 1:17: “Learn to do well; seek justice, relieve the oppressed, hear the orphan’s plea, defend the widow.” Is that not all The Lone Ranger performed?

So all this being said, I would like to lay out a few rules to live by:

Many people today are unaware of The Lone Ranger and what he stood for. While he rides on in legend, his values and character can (and should) continue in all who recognize the need for such in business, society and life. It is my hope that all who read this, heed the call of The Lone Ranger’s yesteryear in this present day.

P.S.  THE LONE RANGER and associated character names, images and other indicia are trademarks of and copyrighted by Classic Media, Inc. All rights reserved.