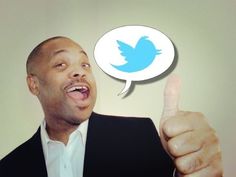 My favorite social network is Twitter and that makes me nervous. Why? Twitter is in trouble. I mean big trouble and it has been for awhile. Here are some article quotes to support my assertion.

# Twitter may have re-oriented itself and laid off part of its workforce to streamline its business, but it still doesn’t look like it is bringing in enough money to keep Wall Street happy.

# So while Twitter was able to essentially operate more efficiently. it still isn’t doing the job it needs to be doing in monetizing its user base.

# Twitter’s stock continues to fall and its core business is starting to stumble, which means it’s going to be increasingly attractive to activist investors looking to agitate change in its business.

# Look, we get it. A struggling company isn’t easy to turn around. But at some point, you have to ask: Is Twitter going to make it?

# Really, looking at 2017, Twitter seems to be about where it was at the top of 2016. There’s fresh promise in the new talent that’s come aboard, but at the same time, Twitter is still struggling to find its direction.

# The company has fired nine percent of its global workforce during its ninth straight quarter of declining growth. The company’s share price has fallen 45 percent in the past 12 months.

# The social networking platform has been behind the market in terms of innovation — rivals such as Facebook have pulled farther ahead by continuing to offer new features regularly, while even smaller companies such as Snap Inc. (formerly Snapchat) have diversified into device offerings.

So, things being as they are, I had this idea. It is my hope that someone out there will get this idea to the right person at Twitter. Ideally, they will leverage this idea, generate a new revenue stream and all is well. If not, well, I’ve done my part.

So, this is my idea – “registered hashtags.”

Twitter has a TON of hashtags posted within its tweets. More often than not, I can figure out what they are related to (conference, TV show, some trend) but, not always. I propose that people have the option to register a hashtag on twitter the same way one registers websites with ICANN. So, what would that mean, exactly? Let’s say I tweet the following…

If someone clicks on the #lovemesumtwitter hashtag, it takes them to a landing page on Twitter. Said landing page will explain what the hashtag is all about and would share related content (videos, graphics, stories).  The registered hashtag would have a limit of… umm… 12 characters and not count towards the 140 characters allowed.

“Interesting,” you may say, “but talk to me about the money.”

The price for a registered hashtag would be based on the level of service.

For $10.00, when someone uses that hashtag, it will link to a special landing page explaining its purpose. You also get a few performance stats. The hashtag will be registered for a year then, released for someone else to buy unless the original purchaser renews it.

For $25.00, you get more bells and whistles on your landing page, more stats and you reserve the rights to the hashtags for three years. You can also link to your hashtag page from your Twitter profile.

In addition to the above, Twitter sets up a brokerage system allowing people to buy and sell registered hashtags and usernames. With each transaction, Twitter gets a percentage. (i.e. eBay, PayPal)

I think this will work famously because I remember the landrush of the dot com days (and a few others in recent history) and think a registered hashtag landrush could mean big bucks for Twitter; especially since Google is indexing tweets and hashtags. (SEO anyone?)

Of course, this same idea can be used by any social network that supports hashtags. So, do it first Twitter and be seen as an innovator!

Okay, I got that off my chest. Whew! I’m looking at you now, Twitter.

P.S. The live streaming of News? Brilliant! Video is the way to go. Well, that and my hashtag idea.