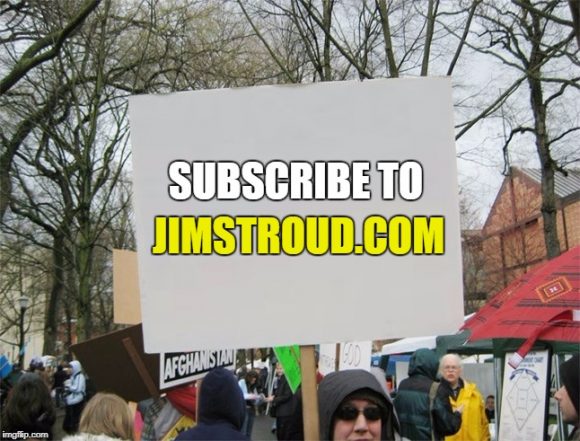 Do you know what a “social justice warrior” is? I’ve heard that term a lot in the news and depending on your ideology, it could be a pejorative or a badge of honor. According to Google, a social justice warrior is “a person who expresses or promotes socially progressive views.” 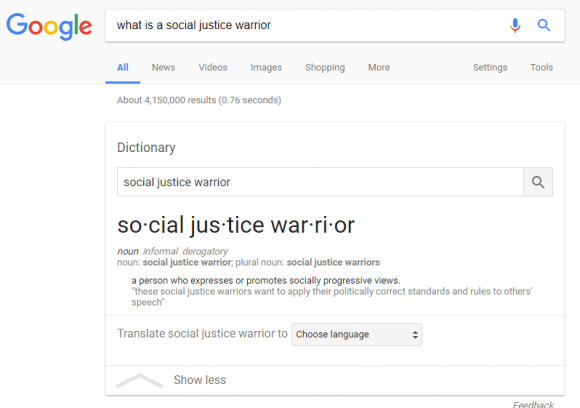 The Urban Dictionary has a somewhat more amusing take on the term. It says that a social justice warrior is…

“A person who causes problems for normal people through protest and constant nagging because they cant accept that life isn’t fair.”

A more developed definition from the Urban Dictionary says…

“…an individual who repeatedly and vehemently engages in arguments on social justice on the Internet, often in a shallow or not well-thought-out way, for the purpose of raising their own personal reputation. A social justice warrior, or SJW, does not necessarily strongly believe all that they say, or even care about the groups they are fighting on behalf of. They typically repeat points from whoever is the most popular blogger or commenter of the moment, hoping that they will “get SJ points” and become popular in return. They are very sure to adopt stances that are “correct” in their social circle.”

I think, based on general searches on the web, the term is widely considered a pejorative. For example, when I image search on “social justice warrior” I tend to see the term represented in a negative light. 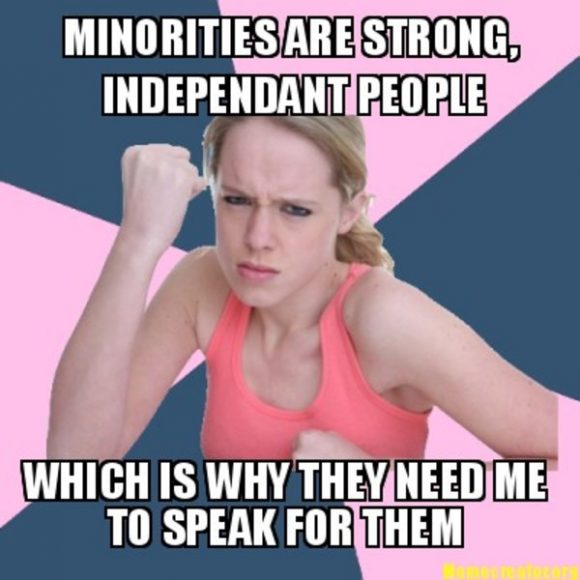 In search of a counter-balance, I specifically looked for people who were proud social justice warriors and read through some of their justifications. in one instance, I read a shameful accounting on how female superhero action figures were underrepresented at Toys R Us. On the other side of the spectrum,  the calling for genocide of white people was justified because in all likelihood, it would never happen.

” Do I actually literally want white people/men to die? No. And I wouldn’t condone that. But the reason it’s OK to say is because NOBODY WILL EVER DO IT.” [source]

So, what brings all of this to my mind now? Free Speech Week is coming to Berkeley University, and with controversial speakers like Ann Coulter and Milo Yiannopoulos  scheduled to speak, mass protests from social justice warriors are sure to follow. My hope is that no one gets hurt, property is not destroyed and that there is a peaceful exchange of ideas. Yet, I am skeptical. I am also apprehensive for the millennial generation populating the social justice warrior movement. I do not think they realize the repercussions of acting out so violently in public, which is, risk to their personal brand. A negative personal brand is something that could severely damage future employment prospects and stymie their present-day career as well. Sigh… The world is changing exponentially fast and I have a great concern for the future of my country and the world.

I have been fortunate enough to travel extensively; domestically and internationally. I speak with all sorts of people but, predominantly my conversations are with people in the HR space. Invariably, the discussion turns to preparation for an uncertain future. The robots are not only coming, they have arrived and jobs are gradually being eliminated. No doubt, new jobs and industries will rise up as old skills are no longer needed. Imagine how cars displaced the horse and buggy, music downloads did away with record stores and the iPhone birthed a whole new industry. It is quite possible to conceive that people starting college this year will not have the skills for jobs that would have been created at their graduation date. This is why the skills that will make you the most employable are soft skills. 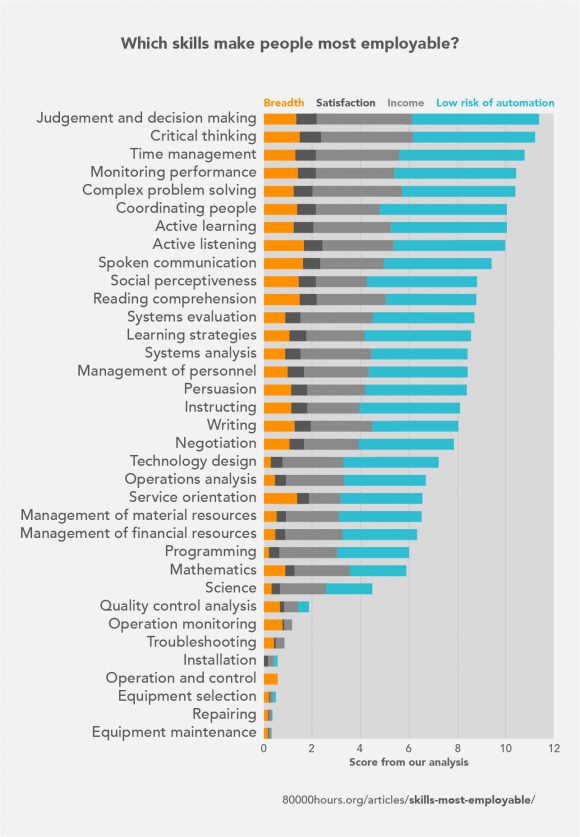 Oxford University did a study based on data from the US Bureau of Labor Statistics, which rated 35 skills on how important they are in over 600 jobs.  [see chart above] Some of the skills that ranked the highest were…

These are skills I do not immediately observe in social justice warriors who, when they are shown on the news protesting, are destroying property, shouting down people trying to speak or show themselves inept at making a cogent argument to communicate their discontent. (To be fair, if I am mislabeling the groups on the news engaged in these activities, I do apologize; yet at this writing, such is my understanding.)

It seems to me that many of these activists are so caught up in their passions that they do not realize that said moments of anarchy are being captured and preserved on social media. Case in point, Twitter users were outing Charlottesville protesters resulting in loss of employment for at least one of the identified parties.

If you recognize any of the Nazis marching in #Charlottesville, send me their names/profiles and I’ll make them famous #GoodNightAltRight pic.twitter.com/2tA9xliFVU

(And for the sake of clarity, I am not stating that all social justice warriors are Nazis; I cite this as an example.) In Louisville, KY, police used social media monitoring tools to track anti-Trump protesters. I bring all of that to say, when employers run a background check on these social justice warriors and their social media history is factored in, it will be challenging for them to secure traditional means of employment.

Consider what an employer may be thinking but, will most likely never verbalize to you, for fear of some sort of legal jeopardy.

Bottom line: Is hiring you, social justice warrior, a risk to my business?

As disparaging as my comments may be towards these social justice warriors, there can be an upside to their exorbitant passions, if it is channeled productively. For example, an estimated 21 million people around the world are victims of forced labor, generating $150 billion in illegal profits in the private economy. An organization called “Know The Chain” works to make sure companies are complying with the law and not allowing slave labor in their overall supply chain. Know the Chain ranked companies like HP, Microsoft and Apple as being exemplary in their efforts to eradicate forced labor from their supply chains. I imagine the abolition of slavery is something a social justice warrior would want to lend their passion to. The right individual could even be a spokesperson for the company and bring greater awareness to the issue. Modern day slavery notwithstanding, there are other causes worthy of note for a social justice warrior. Delta Airlines is very active in ending human trafficking with 30,000 of its employees trained to spot human trafficking situations on airports and flights. Wouldn’t this be a cause worthy of passion, lobbying for new laws and awareness championing?  And for the more health conscious social justice warrior, there is a BIG fight over labeling which foods are GMO (genetically moderated) with some companies taking an ethical stand on the issue. Why not make working for these rebellious companies a stand against the “man” before it becomes a cause célèbre?

So, how can an employer figure out if the millennial standing before her (or him) is a high risk for drama? One company instituted a “Snowflake Test.” Said test includes questions like, “What does America mean to you?” and “When was the last time you cried and why?” Kyle Reyes, the creator of the test, said, “someone who’s not proud to be an American is immediately out of the running, as are people who don’t support the Second Amendment right to bear arms.”

According to Reyes, the new test has been successful so far. About 60% of “applicants to his marketing company drop out when they hear about it.” He also claims other companies have reached out to him with questions about implementing similar tests in their own hiring process, and that it’s been very popular “because people are sick and tired of having to be so politically correct.”

If you like this idea of personality testing for job applicants, you may want to check out what Unilever is doing. In the past year, they hired 450 people based, in part, on how well they scored on a series of online games. These games tested for skills like concentration under pressure and short term memory. I would imagine that personality traits were a factor as well.

So, after all I’ve shared, would I hire a social justice warrior? It depends. If they had the skills, passed my background check and represented themselves well, I see no reason not to. Actually, I hope that they would have conducted themselves in such a way (online and offline) that I would not even know their political leanings. Frankly, who my employees support politically and which social causes inflame their passions, are of no concern to me; until it is. Free speech is the right of every American! As long as said speech and corresponding actions do not disrupt my workplace or business, I have no problem with what people believe; social justice warriors or otherwise.

But I digress, what do you think? Please leave a comment below.

Employers are including social media in their background checks

One thought on “Would you hire a social justice warrior?”