There is racism in America.
America is not a racist country.
Both are provably true.
I will do the latter, now.

Tensions are high in the country due to the #GeorgeFloyd protests. The righteous anger against police brutality is being hijacked by the actions of ANTIFA and other agitators who are leveraging this occasion for discord, damage and death. As a result, the light on police brutality and the potential reformation on police policies is being displaced for something all the more horrific. I have seen videos, like the one below, where white people are being intimidated to bow down before black people and apologize for their “white privilege.”

Likely, you have heard this term before. If not, this is the definition as defined by Wikipedia.

“White privilege (or white skin privilege) refers to societal privilege that benefits white people over non-white people in some societies, particularly if they are otherwise under the same social, political, or economic circumstances.”

SKIN PRIVILEGE IS WRONG, EVEN WHEN BLACK PEOPLE DO IT

The sentiment reminds me of the “brown paper bag test” that black America used to discriminate against itself. Check out this quote from the website – Black Then.

An actual test, along with the so-called ruler test in common use in the the early 1900s among upper class #Black American societies and families to determine if a Black person was sufficiently white to gain admittance or acceptance. If your skin was darker than a brown paper bag, you did not merit inclusion. Thousands of Black institutions including the nation’s most eminent Black fraternity — Phi Alpha Phi, Howard Univiersity, and numerous church and civic groups all practiced this discriminiation. The practice has 19th Century antecedants with the Blue Blood Society and has not totally died out.

How did colorism surface? In the United States’ colorism has roots in #slavery. That’s because slave-owners typically gave preferential treatment to slaves with fairer complexions. While dark-skinned slaves toiled outdoors in the fields, their light-skinned counterparts usually worked indoors completing domestic tasks that were far less grueling. Why the discrepancy? Slave-owners were partial to light-skinned slaves because they were often family members. Slave-owners frequently engaged in sexual intercourse with slave women, and light-skinned offspring were the telltale signs of these unions. While slave-owners did not officially recognize their mixed-race children as blood, they gave them privileges that dark-skinned slaves did not enjoy. Accordingly, light skin came to be viewed as an asset among the slave community.

After slavery ended in the U.S., colorism didn’t disappear. In black America, those with light-skin received employment opportunities off limits to darker-skinned African Americans. This is why upper-class families in black society were largely light-skinned. Soon light skin and privilege were considered one in the same in the black community, with light skin being the sole criterion for acceptance into the black aristocracy. Upper crust blacks routinely administered the brown paper bag test to determine if fellow blacks were light enough to socialize with.

The article goes on to say this very interesting thing…

Colorism didn’t just involve blacks discriminating against other blacks. Job advertisements from the mid-20th century reveal that African-Americans with light skin clearly believed their coloring would make them more palatable as job candidates. Writer Brent Staples discovered this while searching the archives of newspapers near the Pennsylvania town where he grew up. He noticed that in the 1940s, black job seekers often identified themselves as light-skinned.

And here is a quote from the above cited NY Times article by Brent Staples.

Even so, I was surprised to learn that the longstanding preference for lighter-skinned black people had been laid out in 20th Century newspaper ads.

I’ve begun to find those ads in the archives of old newspapers near the Pennsylvania factory town where I grew up. The skin-labeling was so common in the 40’s that black job seekers used it when advertising their skills.

In the “situations wanted’’ section, for example, cooks, chauffeurs and waitresses sometimes listed “light colored’’ as the primary qualification — ahead of experience, references, and the other important data.

They didn’t do this for a lark. They did it to improve their chances and to reassure white employers who, even though they hired African-Americans, found dark skin unpleasant or believed that their customers would.

Why do I bring all that up?

Is not getting people to bow down before you to apologize for being white  asserting power over them? Is it the right thing to do in a civil society? Some would say, yes, citing it as a long overdue recompense for slavery in America. I submit that it is not the case; simply because many African Americans owned slaves themselves and greatly prospered. If that sounds strange to you, please view my 3-part “Slavery in America” series below. In case you are short on time, here are a some bullet points.

This is the first reason why I say racism exists in America but, America is not a racist country. Slavery is typically the first reason people point to concerning the persistence of racism. Yet, blacks as well as whites are culpable. For that matter, Native Americans also share in the blame as they could also legally own slaves. (My videos cite all my research should you care to delve deeper; just FYI.)

And while I’m on that topic, The Underground Railroad that abolitionists used to smuggle escaped slaved to free USA territories, was likely started by Quakers; among them Betsy Ross. (So, don’t be ashamed to wear that flag.) But, I digress. Check out the chart below.

THIS SHOULD BE SELF-EXPLANATORY, BUT JUST IN CASE ITS NOT 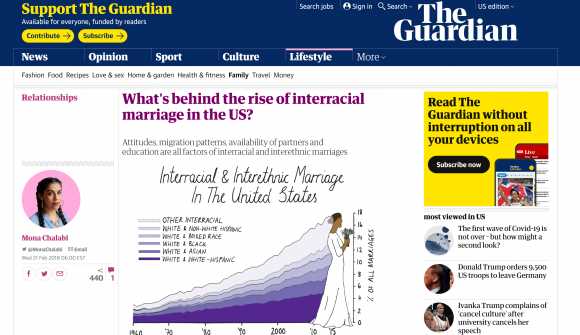 Here is a quote from that article.

It’s been half a century since the US supreme court decriminalized interracial marriage. Since then, the share of interracial and interethnic marriages in America has increased fivefold, from 3% of all weddings in 1967 to 17% in 2015.

In a 2016 commercial for Chase, the viewer follows the relationship between a white boy and a black girl who grow from hand-holding as young children on their way to school, to a joyful marriage as adults. It’s advertising the company’s investment guidance through the message: Some things are worth waiting for. When asked why they made this casting decision, Erich Timmerman, spokesman for Chase, said: “We want our ads to reflect our diverse customer base and to look like the world we live in.”

Biracial couples and families are becoming increasingly common in the U.S., so featuring them in advertisements is indeed reflecting a key part of our society.

So, why do I bring this up? If America is a racist country then, why are there so many interracial marriages? Why is that number increasing? A few more questions to ponder…

IF AMERICA IS A RACIST COUNTRY THEN, WHY ALL THIS? 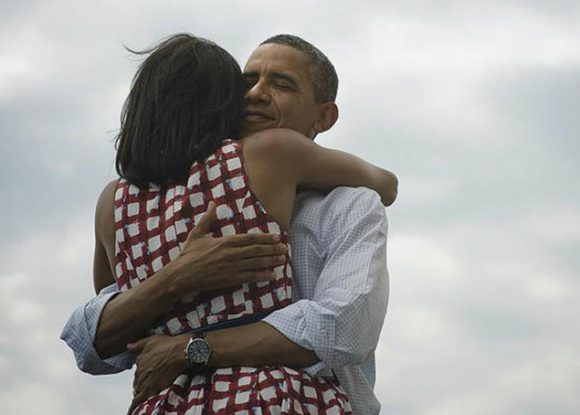 If America is a racist country then, why did we elect a black man to be President – twice? (Or, three times if you count Bill Clinton.) If African Americans are in the minority that would have to mean that his ascension was overwhelmingly due to white voters. 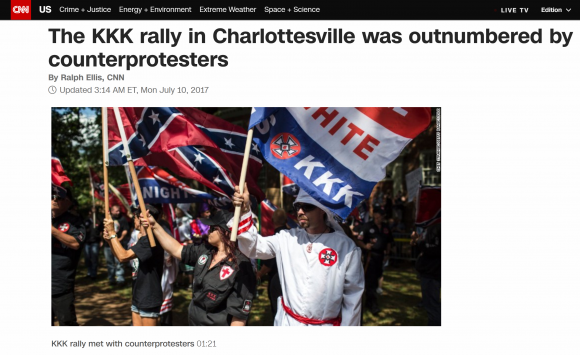 If America is a racist country then, why has the Ku Klux Klan (the most infamous of racist/hate organizations) dwindled in significance and when they do surface, are so greatly outmatched by white and black resistance?

If America is a racist country then, why have so many people (of diverse backgrounds) entered illegally (and continue to do so) from all over the world? In 2017, more than 10 million people entered our country illegally. Some have secured fake Social Security numbers to get work which means about 50% of all illegal immigrants are paying income taxes in some form. 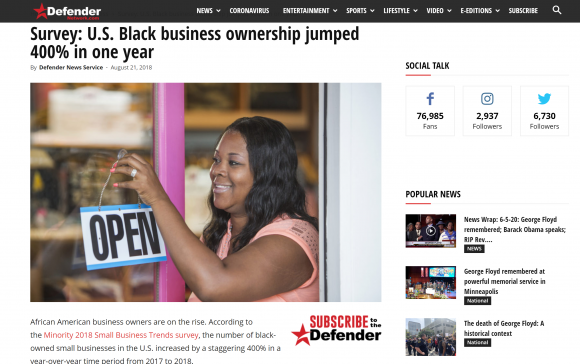 If America is a racist country, then why have so many minorities prospered in terms of unemployment and entrepreneurial success; pre-covid-19 that is. Black and Hispanic unemployment was at a historic low and the same could be said for the Asian community and women overall; minority women also riding that wave. Hispanic businesses also prospering during a (pre-Covid) economic expansion. 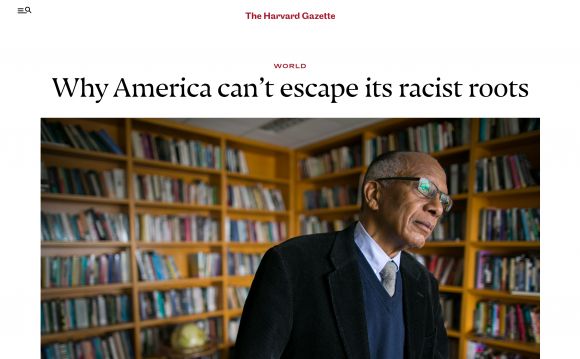 And then, there are comments made by Orlando Patterson, a Harvard professor and scholar of slavery race issues. Quite recently, when asked, “To those who are not white supremacists but may be just be awakening to racial disparities in the nation, what would you like them to know about issues of race in the United States?”

I don’t want to use the term “white people” in general terms because as I said before, what is special about these recent protests is the participation of whites in it, many of them young. But I also see middle-aged and some people my age. I want to emphasize that I think white Americans have gone through quite radical changes in their attitudes, and that we’re talking about a more likely 25 percent of Americans who are hardcore racist, but I think most Americans have quite decent views about race.

I think it is important to note that Professor Patterson also said the following during the confirmation of Clarence Thomas to the Supreme Court, amidst much controversy concerning race.

The hearings also brought to light the fact that the American public is way ahead of its journalistic and social-science commentators with respect to race relations. The sociological truths are that America, while still flawed in its race relations and its stubborn refusal to institute a rational, universal welfare system, is now the least racist white-majority society in the world; has a better record of legal protection of minorities than any other society, white or black; offers more opportunities to a greater number of black persons than any other society, including all those of Africa; and has gone through a dramatic change in its attitude toward miscegenation over the past 25 years.

I think for a Harvard professor to make such a bold claim, with academic research to back it, says a lot. And while I cannot say for certain that he is a Democrat, he has admitted to being a very strong supporter of Barack Obama. I mention that to deflect any suspicions that he is a shill for some political agenda. 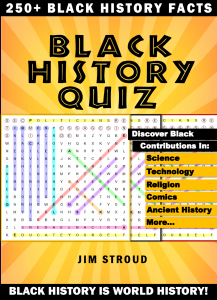 There are only a few reasons why I say America is not a racist country but, racism does exist in America. (Obviously, it does.) If you have reasons to the contrary, please do leave a comment below. As long as your retort is respectful and without expletives, I will allow your comment to post, even if I disagree.

By the way, if you have an interest in black history, you might want to check out my website – Black History Quiz and/or my book on black history. I have been too swamped with multiple projects to keep that website updated but, I hope to reboot it soon.