You probably will never hear about #BernellTrammell because it doesn’t fit the narrative of CNN or The Black Lives Matter Movement.

I often hear people complain about the media. The assertion is just like above, if a news story does not fit the overall narrative of what a news organization promotes, the story is buried or ignored. Well, after hearing comments like this, I did my own bit of investigation. Who was Brent Trammell? 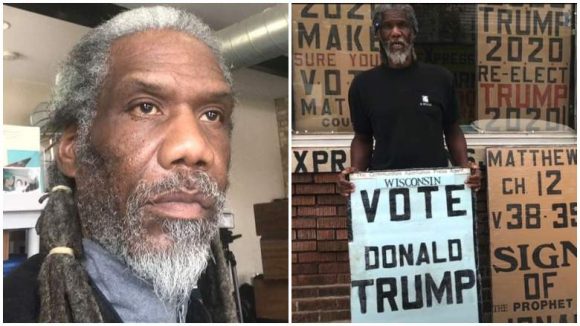 Brent Trammell supported Donald Trump and the speculation on Twitter and several news reports is that his death was politically motivated. Here is a quote from the website – Heavy.

Bernell Trammell, a well-known Black supporter of Donald Trump who was a community fixture known for his publishing company and long conversations on religion and politics, often delivered from street corners while holding pro Trump and other signs, was shot to death in Milwaukee, Wisconsin.

Trammell, 60, was gunned down on July 23 near the very spot where he gave a video interview a few hours before explaining why he supported Trump. Milwaukee police are seeking what they described as “unknown suspects.” The motive is not clear, including whether or not the slaying was tied into Trammell’s political beliefs or Trump support. Some news outlets gave the victim’s name as Bernell Tremmell, but he goes by Trammell on social media.

The Wisconsin GOP is now calling for a federal investigation by the U.S. Attorney into the shooting death because of “his well known political activism and the possibility that his murder could be politically motivated,” WISN-12 reported.

At first glance, it would appear that his death was tied to his support for Donald Trump. I think its too early to say for sure. That being said, I would think that this would be a top news story based solely on the speculation. So I did a search [Search performed on: Sunday, July 26, 2020 at 4:33 pm EST] to see how many articles were written on this murder. 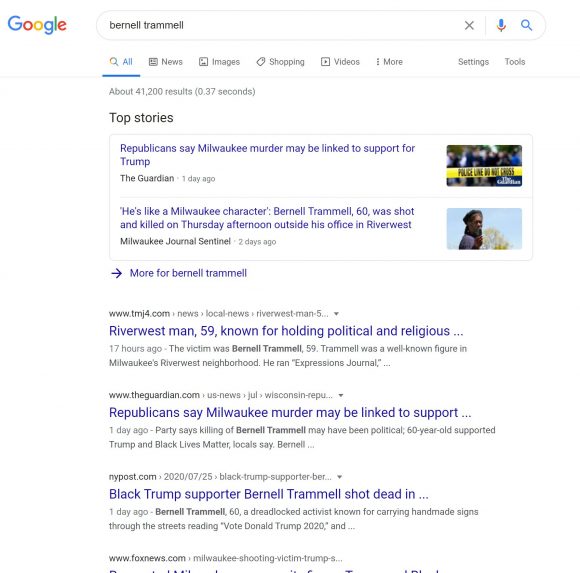 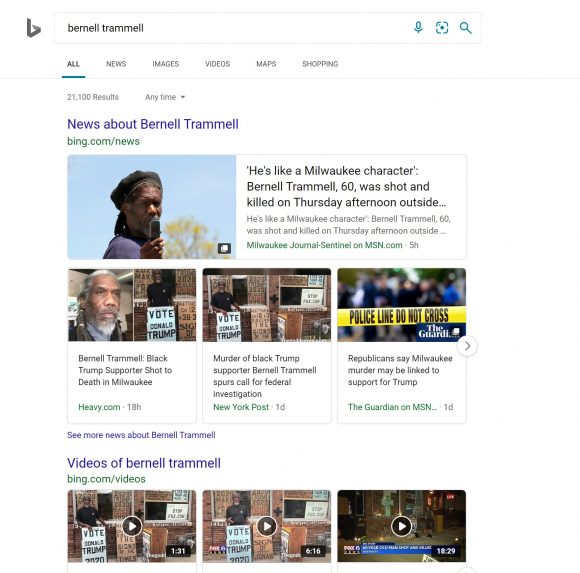 I also searched my favorite search engine – DuckDuckGo. (No search results count but, lots of data to review). 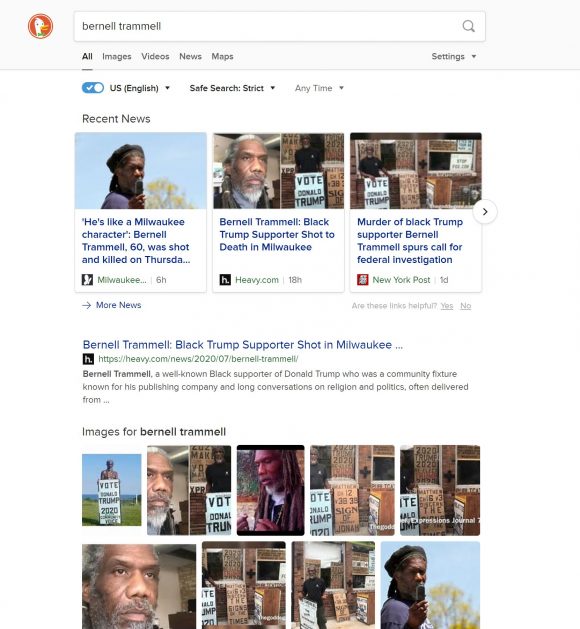 Okay, follow my logic. The news about #BernellTrammell broke on July 24, 2020. So, as of this writing, its only a couple days old. However, depending on the search engine you are using, there are approximately 20,000 – 40,000 mentions of this person online already; not counting all the tweets.

This seems to me to the hallmarks of a rapidly trending news story which is why the tweet I cited in the beginning was especially interesting to me. Is what “Nichelle” said true and this is a story I would not learn about on CNN? What would it hurt to look it up and see for myself if what she (and others like her) are correct?

I went to the CNN website [Search performed on: Sunday, July 26, 2020 at 4:42 pm EST] and searched for news stories related to Bernell Trammell and none were there. Search results are below.

I did a similar search on the MSNBC website as well because I often hear from the right that certain news stories are suppressed there too. The result was the same – no Bernell Trammell news stories. (As shown below) 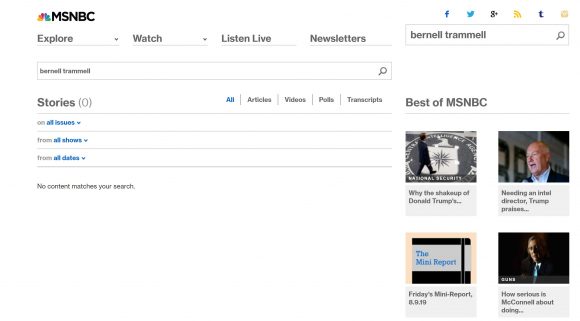 I am somewhat proficient in researching information online and as such, I know that sometimes the search function on a website is not as good as Google. So, to be as fair as possible, I used Google to search CNN and MSNBC and again, no news stories on “Bernell Trammell.” An example of how I did that is below. [Search performed on: Sunday, July 26, 2020 at 4:46 pm EST] 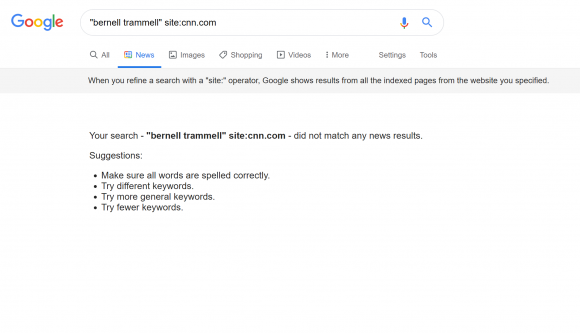 Is this evidence of news bias? I’m not going to say that based on one example. However, I think it is pretty interesting on its own.  While I did not find news on Bernell Trammell on CNN & MSNBC, I did find it on Fox News. (See below) 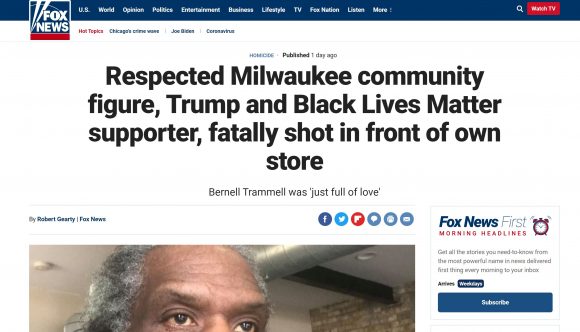 Now, is this story on Fox News because it is a rapidly trending news story or because it fits their narrative in some way? Hmm… I am presently researching the media for an upcoming episode of my new podcast – “Things I Think About.” I will revisit this blog post to see how its covered in various news media and cite my observations on the news media and why I have become so skeptical of mainstream media these days. Stay tuned.