Throughout my career I have stayed away from controversial social issues for the most part, until recently. If you check my blog archives, you will notice that I have argued that America is not a racist country, that culture and not color impedes African American progress, questioned the motives of Black Lives Matter and pondered the inevitable demise of free speech. So, this article is not my first attempt at discussing a controversial issue.

What was the catalyst of this change? Why am I writing so much more about controversial issues? The civil unrest surrounding George Floyd, cancel culture, fake news and the escalating social divide over politics (which has become a religion for some people) has vexed me into action and so here we are.

The topics I write about generally meet one criterion: It sparks my interest. I find my topics from a litany of blogs and news sources; additionally, I receive tips from friends on both sides of the political spectrum. Once something catches my interest, I research it further and present my findings as an article or a podcast. When I produce my content, I purposely try not to tell anyone how to think. At best, I am a springboard for diversity of thought, encouraging people to research my topics further. To paraphrase what one news outlet says, “I report and you decide.”

This article is in response to an article about Planned Parenthood (of which I will share momentarily) and a round of questions concerning black lives and if “they all matter.” The premise being that if all black lives matter then, why are so many black children being aborted? This lead into a conversation about Margaret Sanger and her intent to eradicate the black race via abortions and why the black community was allowing it to happen. After a bit of back and forth, the conversation basically boiled down to this, “Is Planned Parenthood committing black genocide?” I told the person that I did not know the answer but, I would look into it.

And, here we are.

I am well aware that this is a sensitive topic so from the onset, let me offer my standard personal disclaimer.

This article does not constitute the end of a matter. Please do your own research and come to your own conclusions. You have a mind and an opinion, and you are entitled to it; just as I am.

If at any point you think I am wrong in simply sharing what I found, I will save us both time by referring to this disclaimer, “You are right, and I am wrong.”

SO, THIS IS THE ARTICLE I MENTIONED EARLIER

Planned Parenthood of Greater NY recently made a big announcement. This is the headline from MSN News – Planned Parenthood to rename health center due to Margaret Sanger’s ‘racist legacy’ and here is a quote from that article…

Planned Parenthood of Greater New York announced Tuesday that it would remove the name of the national organization’s founder from its Manhattan clinic due to her “racist legacy” stemming from her well-documented connections with the eugenics movement.

The decision comes as a result of “a public commitment to reckon with its founder’s harmful connections to the eugenics movement,” the statement said.

“The removal of Margaret Sanger’s name from our building is both a necessary and overdue step to reckon with our legacy and acknowledge Planned Parenthood’s contributions to historical reproductive harm within communities of color,” said PPGNY board chair Karen Seltzer. “Margaret Sanger’s concerns and advocacy for reproductive health have been clearly documented, but so too has her racist legacy.”

WAS MARGARET SANGER REALLY RACIST? OH YES, SHE WAS!

Hmm… As an example of her “racist” legacy, I will quote a letter she wrote to Dr. Clarence Gamble in 1939 where she expressed her vision of the “Negro Project,” a freshly launched collaboration between the American Birth Control League and Sanger’s Birth Control Clinical Research Bureau. The letter echoes the eugenic ideologies still visible within the corporate vein of Planned Parenthood today.

It seems to me from my experience…that while the colored Negroes have great respect for white doctors they can get closer to their own members and more or less lay their cards on the table which means their ignorance, superstitions and doubts.

We should hire three or four colored ministers, preferably with social-service backgrounds, and with engaging personalities. The most successful educational approach to the Negro is through a religious appeal.

We don’t want the word to go out that we want to exterminate the Negro population, and the minister is the man who can straighten out that idea if it ever occurs to any of their more rebellious members.

Actually, I had heard before how Planned Parenthood was an instrument for exterminating the black race. The validation of that argument being Margaret Sanger’s speech at a Ku Klux Klan rally in 1926 (something Planned Parenthood does not deny) and the notion that the majority of Planned Parenthood facilities are in minority neighborhoods. Is this true? Well, it depends on which side of the political fence you are on. 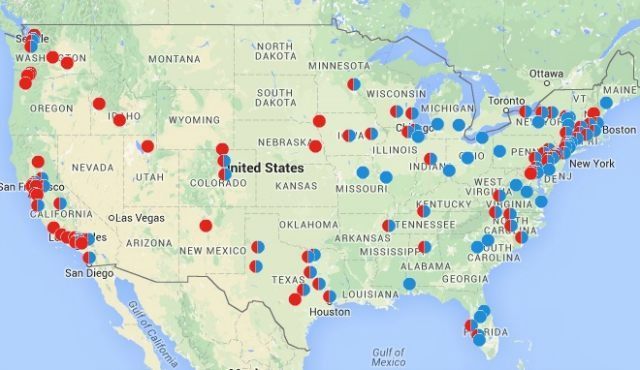 IS THIS “BLACK GENOCIDE VIA ABORTION” A NEW THING?
Umm… NOT REALLY…

Curiously enough though, the idea of abortion clinics being tools for black genocide did not begin with modern day pro-life advocates, it actually began with influential black leaders in the 1960’s and 70’s. Here are some notable quotes courtesy of LiveAction.org.

So, in the black community of the 60’s and 70’s, there was a very strong lobby against abortion clinics being placed in black neighborhoods. This social position continued well into the 1980’s. However, the will of the black community was stymied by their leadership. It was seem that politicians, no matter their color, act in ways that benefit them moreso than those they represent. Check out this quote from the book, “The Future of the Race” by Henry Louis Gates, Jr and Cornell West. (Page 33)

SO, WHAT CHANGED THE MINDS OF BLACK FOLKS?

Since the 1980’s attitudes towards abortion has largely changed in the black community. The website “I Side With…” recently polled African Americans on the question, “What is your stance on Abortion?”  Over 300,000 responded and 63% of them were pro-choice, in favor of abortion. 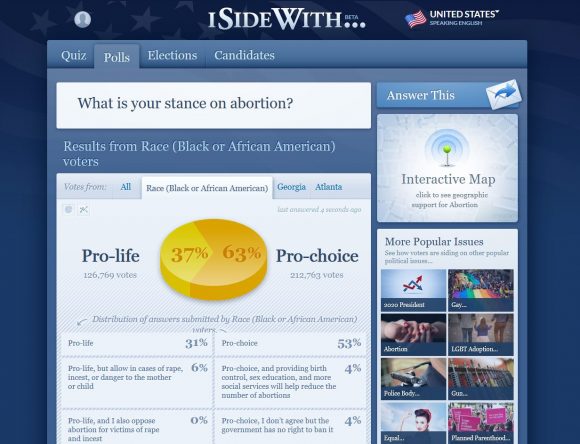 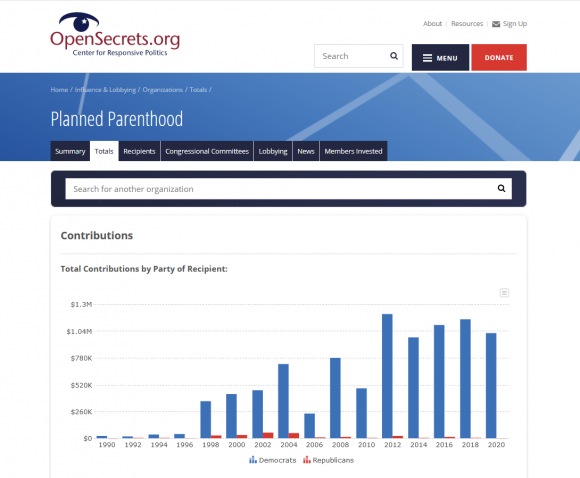 ­And the love goes both ways, annual lobbying on Pro-Abortion rights is quite lucrative according to Open Secrets. Here’s a quote…

The 2018 midterms saw the pro-abortion sector donate $8.1 million with most of it, nearly $5.6 million, headed to outside groups. Of the money given to political parties and candidates, the overwhelming majority, 99 percent, went to Democrats. The top recipient in 2018, Sen. Jon Tester (D-N.D.), received $94,999 from individuals and groups in the abortion access sector. Sen. Sherrod Brown (D-Ohio) was number two and received $87,051. Both are reliable pro-access votes and were in tight races in Midwestern states.

Hmm…  TIME FOR SOME SPECULATION

Planned Parenthood reciprocates the love by supporting Democrat candidates to the tune of millions.

If Democrat candidates support the efforts of Planned Parenthood, it is of direct benefit to them.

Politicians (of every party) tend to operate in their self-interest. (Some are more naughty than others.) 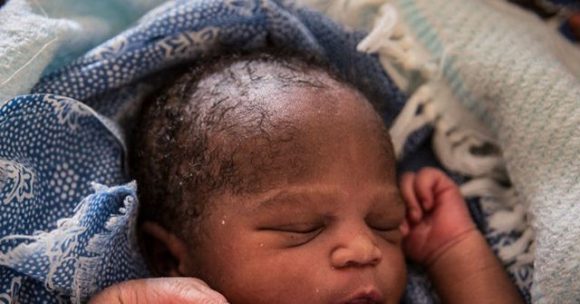 SO, NO GENOCIDE THEN?

Based on recent polling data, the overwhelming Democratic support for Planned Parenthood (and vice versa) and the fact that most blacks are loyal to the Democratic party, I would guess that the majority of African-Americans dismiss the notion that Planned Parenthood is practicing genocide, despite its founder’s “Negro Project.” (Perhaps the pro-abortion side of the black community is mostly unaware of Margaret Sanger’s past? Will her cancellation sway black opinion on abortion back to where it was in the 60’s, 70’s or 80’s? Time will tell. )

Some opinions I’ve read assert that while Planned Parenthood’s founder should no longer be celebrated, the health benefits to women (and women of color, specifically) should outweigh that stigma. I’m not sure I agree with that but, you decide for yourself.

I’ll end this article with one very interesting video addressing the “Planned Parenthood is committing black genocide” argument. I’m a big fan of hidden video reporting because I think it is the essence of true journalism. What better proof can you have than words from the proverbial horse’s mouth? The pro-life advocacy group produced an undercover video addressing the question, “What does Planned Parenthood do when it is offered money to reduce the number of black Americans through abortion?”

More stuff I found while researching this: