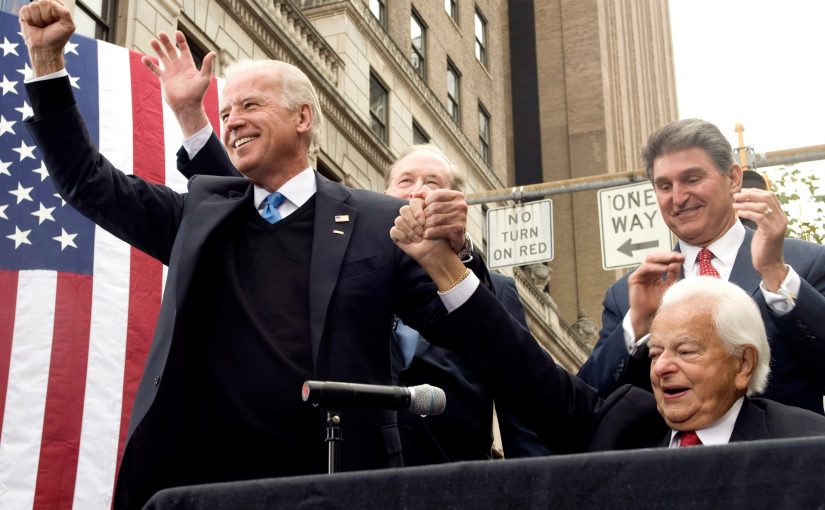 This is election season and as such, I expect propaganda to flow from both sides of the aisle. One that caught my eye today was against Joe Biden. It was a picture of him holding hands with the late Senator Robert Byrd at a political rally with the caption, “Does a Photo Show Joe Biden With the ‘Grand Wizard of the Ku Klux Klan’?” The internet meme caught my attention so, I had to research Robert Byrd and learn about this alleged Klan connection.

For the record, Senator Robert Byrd was NOT a Grand Wizard. Was he involved with the Klan in any way? Most definitely. In this episode, I look into the history of one of the longest serving U.S. Senators in American history and ask, “Is it time to cancel Robert Byrd?”

Special thanks to my sponsor Black History Quiz

The Book of Acts 9:1-9, details an event in the life of Paul the Apostle that led him to cease persecuting early Christians and to become a follower of Jesus. It starts off like this, “Then Saul, still breathing threats and murder against the disciples of the Lord, went to the high priest 2 and asked letters from him to the synagogues of Damascus, so that if he found any who were of the Way, whether men or women, he might bring them bound to Jerusalem. As he journeyed he came near Damascus, and suddenly a light shone around him from heaven… {We hear a clip from this video.} After that conversion, Paul went on to do great things for the Kingdom of God. Some people loved and supported him whereas others never forgot his early persecution of the church and wished him harm.

Let’s imagine now, someone with a similar history of persecuting the less fortunate, repenting of his past life and doing what he could to make amends. Some would argue that such was the life of former Ku Klux Klan member – Robert Byrd, who served in US Congress from 1952 – 2010; whereas others would say you were crazy to even make such an analogy. Either way, I’m going to talk about him, his legacy and ask what should happen next, after this word from my sponsor.

{Special thanks to my sponsor Black History Quiz}

This is election season and as such, I expect propaganda to flow from both sides of the aisle. One that caught my eye today was against Joe Biden. It was a picture of him holding hands with Senator Robert Byrd at a political rally with the caption, “Does a Photo Show Joe Biden With the ‘Grand Wizard of the Ku Klux Klan’?” The internet meme caught my attention so, I had to research Robert Byrd and learn about this alleged Klan connection. Was Robert Byrd a Grand Wizard? No. Was he involved with the Klan? Most definitely. Here is an interesting quote from the website – ThoughtCo.

Raised in a West Virginia coal mining community, the future senator often said that his childhood experiences helped shape his political beliefs. While working as a butcher in the early 1940s, Byrd formed a new chapter of the Ku Klux Klan in Sophia, West Virginia.

In his 2005 book, Robert C. Byrd: Child of the Appalachian Coalfields, Byrd recalled how his ability to quickly recruit 150 of his friends to the group impressed a top Klan official who told him, “You have a talent for leadership, Bob … The country needs young men like you in the leadership of the nation.”

Flattered by the official’s observation, Byrd continued his leadership role in the Klan and was eventually elected Exalted Cyclops of the local group.

“I shall never fight in the armed forces with a Negro by my side. Rather I should die a thousand times, and see Old Glory trampled in the dirt never to rise again than to see this beloved land of ours become degraded by race mongrels, a throwback to the blackest specimen from the wilds.”

As late as 1946, Byrd wrote to the Klan’s Grand Wizard: “The Klan is needed today as never before, and I am anxious to see its rebirth here in West Virginia and in every state in the nation.”

At some point between 1946 and 1952, Robert Byrd changed his mind about his racist beliefs, just before he ran for the U.S. House of Representatives in 1952. Byrd claimed he simply lost interest in the Klan and dropped his membership from the group. He also said that he he joined just for the excitement and because they were opposed to communism. In interviews with The Wall Street Journal and Slate magazine in 2002 and 2008, Byrd called joining the Klan “the greatest mistake I ever made.” Interesting.

“[I] was sorely afflicted with tunnel vision—a jejune and immature outlook—seeing only what I wanted to see because I thought the Klan could provide an outlet for my talents and ambitions. … I know now I was wrong. Intolerance had no place in America. I apologized a thousand times … and I don’t mind apologizing over and over again. I can’t erase what happened … it has emerged throughout my life to haunt and embarrass me and has taught me in a very graphic way what one major mistake can do to one’s life, career, and reputation.”

Robert Byrd was elected to the US House of Representatives in 1952. He served in the House for 6 years then, served as a Senator for 51 years. He had numerous leadership positions during his tenure and on four separate terms as president pro tempore, Byrd stood third in the line of presidential succession, after the vice president and the speaker of the House of Representatives.

During his time in office Robert Byrd performed several controversial legislative acts. Here are the highlights, as stated by ThoughtCo. It is noteworthy to mention that these events happened after he saw the light and disavowed the Ku Klux Klan.

But while he voted against civil rights legislation, Byrd also hired one of the first black congressional aides on Capitol Hill in 1959 and initiated the racial integration of the United States Capitol Police for the first time since Reconstruction.

While some of his fellow conservative Democrats opposed the 1983 bill creating the Martin Luther King Jr. Day national holiday, Byrd recognized the importance of the day to his legacy, telling his staff, “I am the only one in the Senate who must vote for this bill.”

However, Byrd was the only member of the Senate to vote against the confirmations of both Thurgood Marshall and Clarence Thomas, the only two African-Americans nominated to the United States Supreme Court.

In opposing the 1967 confirmation of Marshall, Byrd cited his suspicion that Thurgood Marshall had ties to communists. In the case of Clarence Thomas in 1991, Byrd stated that he was offended when Thomas called opposition to his confirmation a form of “high-tech lynching of uppity blacks.” He felt that Thomas injected racism into the hearings.

Oh, here’s one more thing… in 2005, the NAACP rated the senator’s voting record as being 100% in line with their positions during the 2003-2004 congressional session.

Today, Robert Byrd’s name is celebrated in West Virginia. His name gracing over three dozen public works projects, including two federal courthouses, a dam on the Ohio border, libraries, community centers, roads, bridges, schools, and several university buildings throughout the state. Except, in one instance…

Here’s a quote from The Federalist…

Byrd’s still-hallowed legacy came into question this month when tiny Bethany College, in the state’s narrow Northern Panhandle between Ohio and Pennsylvania, removed Byrd’s name from its health center. In a statement, school President Tamara Rodenberg said, “The last few weeks, and well before the conversations and calls for change took hold, we recognized as a campus that the name of our Robert C. Byrd Health Center created divisiveness and pain for members of Bethany community, both past and present.”

Twenty-nine of the college’s 35 board officers are from outside West Virginia. The move came even though a petition effort on Change.org failed to achieve its goal of 1,000 signatures.

The state’s political leaders have not expressed similar concern, and Byrd’s tarnished past has failed to gain any traction as a 2020 election issue in West Virginia. Nothing has been proposed in the Republican-controlled legislature to rescind Byrd commemorations, and the 14 sitting Democratic state senators, all white, have been silent.

People are complicated and rarely are they the dumbed-down cartoon versions we see on Internet memes, like the one I saw of him holding Joe Biden’s hand at a political rally. All that to say, Was Robert Byrd a racist who changed his tune only for political advantage? Or, did he genuinely have a change of heart and try to make amends, albeit later in his life, for some of what he done? I’m inclined to believe the former. What do you think? Is it time to cancel Robert Byrd and remove his name from being celebrated in West Virginia? Before you answer, listen to Robert Byrd in his own words.