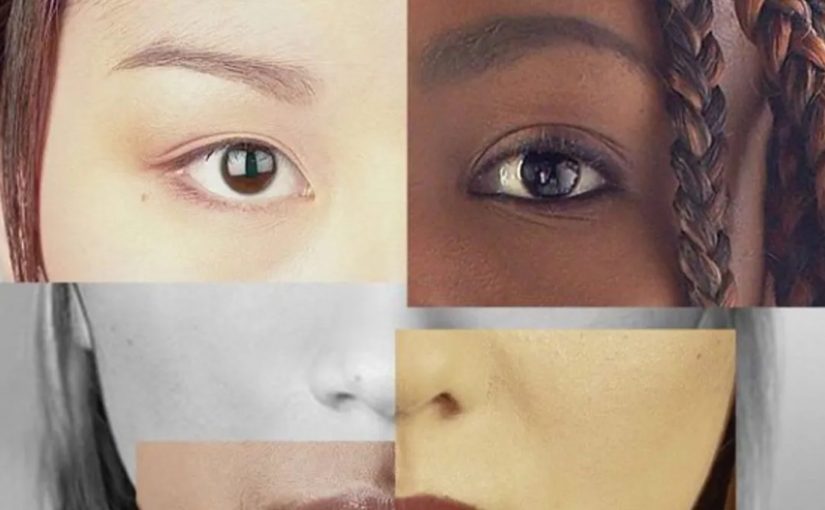 ADVERT: Black History Quiz: A Word Find Puzzle Book of Black History Facts and Quotes – Over 250 facts are shared in this volume of word find puzzles that are sure to educate and inspire people of all ages and all over the world. After all, black history is world history.

One of the tenets of Critical Race Theory is to see racism in everything. I talked about that in my ebook – “Racism Reimagined: How Critical Race Theory Imperils the American Workplace.” Whenever I see reports of hate crimes, I tend to be skeptical. This is not to say that hate crimes do not exist. They certainly do. However, I do not believe that they occur at the rates the mainstream media and the culture of leftist victimhood would have me believe. Case in point, check out this quote from Campus Reform:

According to data provided to the Lansing State Journal by Michigan State’s Office of Institutional Equity, affiliates reported 1,187 instances of race-based bias and discrimination between 2015 and September 2020. Of those instances, 76 revealed issues with conduct, and of those 76 issues, eight instances — less than 1 percent of all reported — constituted violations of the school’s policies.

Nevertheless, Tanya Jachimiak — the head of the Office of Institutional Equity — told the Lansing State Journal that a committee is currently “looking at how and where our policy is able to address and be part of the solution to breaking down systems of oppression.”

Similarly, in spite of an average of less than two racial bias incidents per year, several departments and schools at Michigan State recently released statements and calls to action against racism.

When I read that I was not surprised as I think some of my readers may be. Last year, in the face of Jessie Smollet and Bubba Wallace race hoaxes, I did research on race hoaxes and produced a timeline of race hoaxes ranging from 2007 – 2020. I found 100+. Click here to review the timeline. At some point, I had to stop because it was beginning to feel overwhelming. If you want a more recent list of race crime hoaxes, check out the fake hate crimes database or HoaxHateCrimes.com.

And while we are on the topic of racism, it is amazing to me the standards that are acceptable in our society because clearly some of it is acceptable. It just depends on the group you are in. (Critical Race Theory supports this assertion. Oh, how I hate it.) For example, consider what happened recently at Yale University. NBC News reported:

The Justice Department told a federal judge Wednesday that it is dropping a high-profile discrimination lawsuit against Yale University that was brought by the Trump administration.

A two-sentence filing in U.S. District Court in Connecticut gave notice of the government’s “voluntary dismissal of this action.”

The case had marked an escalation in the Trump Justice Department’s attacks on affirmative action programs that many conservatives consider illegal.

Yale said it was gratified by the decision to drop the lawsuit.

What was the gist of the lawsuit? NBC explains further.

The lawsuit, which was filed in October, said a two-year investigation had determined that the Ivy League college illegally discriminated against Asian American and white students in admissions. It said they were only one-tenth to one-fourth as likely to be admitted as African American applicants with comparable academic records.

For the record, it is wrong and illegal to discriminate against any group. When the 2-year Yale investigation concluded last year, it was determined that “race is the determinative factor in hundreds of admissions decisions each year,” in violation of Title VI of the Civil Rights Act of 1964, according to the Department of Justice. (Read it on the DOJ website for yourself.) And while this move may benefit African Americans, it is still wrong and unfair. Despite that, it is acceptable racism because Asians and Whites typically are of higher class, economically speaking. Consider the chart below.

Since Asians and Whites have the highest degree of household income in America, its okay to discriminate against them because the Hispanic and Black households are oppressed; argument being, the rich are rich because the poor are oppressed. The idea of someone being oppressed (or an oppressor) simply because of the color of their skin is something I very much disagree with. (In case you’re curious, listen to my podcast episode “Its Culture Not Color That Holds Us Back” or my rather lengthy article by the same name. But, I digress.

America is not a racist country.

Both are provably true.

Thanks for reading. If you have not already, please subscribe. Thank you.