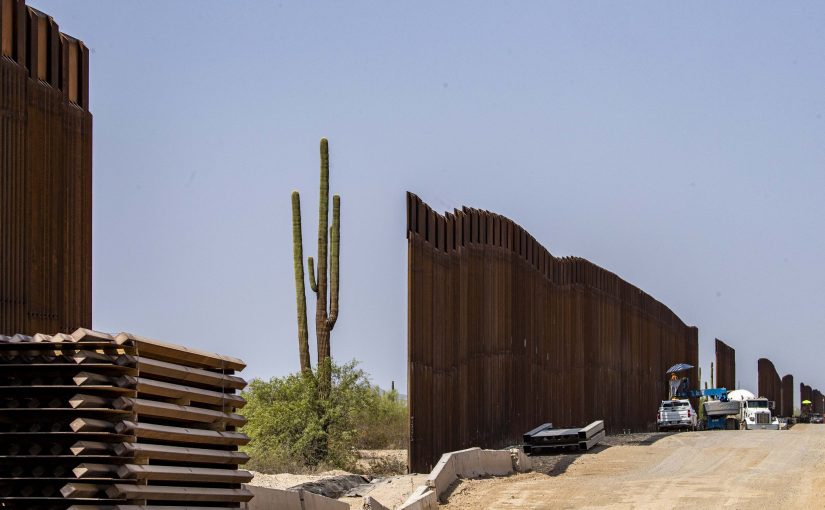 Its only racist when Trump does it! Not Biden.

National File: Rep. Ilhan Omar slammed President Joe Biden for attempting to quietly continue work on the southern border wall project commissioned by President Donald Trump, just after Biden loudly proclaimed that he was ordering the halt of all construction on the barrier.

FOX NEWS: China is attempting to brainwash Christians by holding them in mobile “transformation facilities,” according to a new report. Radio Free Asia relayed stories last week from a man given the pseudonym Li Yuese, who said he was beaten in a windowless room for nearly 10 months.

Somebody give that man a cape! He’s a superhero.

INFOWARS: Alex Jones sees a group of children being crammed into the back of a car to be smuggled away and intervenes.

By their own logic, PayPal is a racist company.

WND: The opposition of major corporations such as Coca-Cola and Delta to a Georgia election law has drawn attention to an alliance of more than 1,000 companies that, in effect, have identified themselves as opponents of voting integrity. The Civic Alliance boasts on its website that its membership has grown to 1,119 companies that employ more than 5 million people.

PayPal is one of the companies listed as making a stand against election-integrity laws that mandate Voter ID. Below is a tweet that puts their stance in perspective.

Umm… what did you hear him say?

Gateway Pundit: Listen closely and you might hear what the defense wants you to hear.

Whether he said it or not is irrelevant. If he Officer Chauvin is not found guilty of murdering George Floyd, cities will burn. Black Lives Matter will see to that. At least, according to BLM Activist Maya Echols.

Sedition? What sedition? They made it up.

LawOfficer.com: Despite all the outrage and the threats of charging “insurrectionists” with sedition—the act of attempting to overthrow the government—proving them based upon actual facts and evidence seems to be increasingly unlikely. For example, Michael Cantrell reported on America’s Sheriff that:

“Many of the trials for individuals involved in the Capitol riotof January 6th have started and much to the chagrin of liberals everywhere, the charges these folks are facing aren’t quite as serious as we were all led to believe they would be. In fact, the Justice Department has now said that the body of evidence in these cases is not as damaging as it was previously thought to be.”

With so much fake news out there, good thing we have Bill Gates and George Soros teaming up to make things right. #Sarcasm I wonder if they are going to go after what CBS what they did to Governor DeSantis?

Behold, the mask of the future!

WEF: Wow. With so much scientific investment into developing such a device, its almost as if some people are planning for the pandemic to never end.

Biden Backs Off Boycott After China Threatens Him

Gateway Pundit: The State Department backed off of talks of the US boycotting the Beijing Winter Olympics as China threatened a “robust” response. State Department spokesman Ned Price on Tuesday said a boycott is something that the US wishes to discuss with our allies. “It is something that we certainly wish to discuss,” Price said, “A coordinated approach will not only be in our interest but also in the interest of our allies and partners.”

Its due to incidents like this that the foreign press (from allies, at that) that we are seen as weak on the world stage. Listen to how the Australian News compares Biden to Trump. Did the foreign press love Trump. NO. However, they did not say things like this.

Did you hear about the noose in California? Me neither. Hate hoax?

NOQ Report: Like NOQ Report, I am highly skeptical of the alleged hate crime of hanging a noose near students at a major California University for the same reasons they cite. (My emphasis added.)

IF the perpetrator was white, here’s how it would have gone down by now. The school would have held a press conference revealing the student’s race at the very least, possible even his or her name. They would have addressed it as swift justice and that they’re now in the process of determining what criminal charges should be filed. They would be offering counseling to students of color as they consider whether to make race sensitivity programs mandatory for all, especially white students. Mainstream media would be swarming. The social justice ambulance chasers would be clamoring for cameras. There would likely be rioting of some sort.

IF, on the other hand, the perpetrator was a person of color, there would be radio silence, as there is right now, even after the person had issued a confession and been expelled from the dorms.

That’s it for now. More tomorrow.