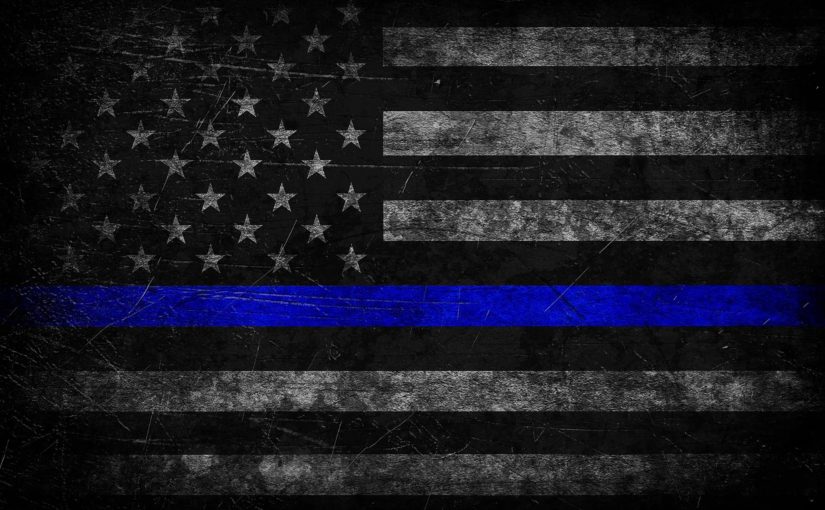 NOTE: At some point, before bed, I read through 50+ news sources and share my findings here. If you like it, share it. If you don’t, share it. Follow my blog now to support my work or to find new reasons to complain about it. My opinions are my own. All tips are welcome.

There is a disturbing trend in law enforcement. A couple of examples:

Chicago police are retiring at twice the normal rate: report

Police in Chicago have been retiring at twice the usual rate recently, a trend that some officials believe is likely to continue and could leave the city streets short of officers. At least 110 police officers are retiring in August and September, and retirements in 2020 are projected to be higher than the past couple of years, said Michael Lappe, vice president of the board of trustees for the Policemen’s Annuity and Benefit Fund of Chicago.

“That’s unheard of,” Lappe told the Chicago Sun-Times. “We’re seeing double the average number of retirees each month. The average is about 24 a month.”

WHO WANTS TO BE A COP NOWADAYS?

Why the great exodus of law enforcement officers? One of the reasons is the possible removal of “qualified immunity,” a legal doctrine that keeps police officers safe from civil lawsuits. New York City was the first to end this protection and the House of Representatives passed a new bill to abolish qualified immunity for all police. Its entitled the George Floyd Justice in Policing Act and among its many provisions, according to Forbes, “the bill would eliminate qualified immunity for all local, state, and federal law enforcement officers.”

I think removing that protection is a bad thing. At best, it will make it easier to hold rogue officers accountable. However, at worst, anyone with a grievance (legitimate or not) could personally sue a police officer.

If I were a police officer, how could I operate under the constant threat of lawsuits from those who have some perceived offense (legitimate or not). I could do everything by the book and still get sued by someone (or a group of someones). Hmm… Maybe, I’m better off doing something else?

Another reason why so many police are retiring, is the WOKE “defund the police” movement. The Guardian reported on this phenomenon recently and said this…

Since the killings of George Floyd and Breonna Taylor prompted unprecedented uprisings, some racial justice groups have successfully pressured municipal lawmakers to cut police funds and reinvest the money in services. And with reformed 2021 budgets coming into effect, cities are slowly beginning to redistribute law enforcement money to housing, mental health programs, food access and other programs.

“We are showing the country how reinvestments from the police budget can actually make many people’s lives so much better and safer,” said Gregorio Casar, a councilmember in Austin, Texas, who helped pass a major cut to the city’s law enforcement budget and is now reallocating those dollars to housing programs. “This will build momentum for changes to police budgets across the country.”

More than 20 major cities have reduced their police budgets in some form, an unprecedented trend, though the scale and circumstances vary dramatically. The activists who have long campaigned to take money from US police are now fighting to ensure that the initial cuts are only the start – and that a growing backlash from law enforcement, elected officials and some community groups does not derail their progress.

At the beginning of this movement, there was serious backlash from the public. An ABC News poll asked the question, “Do you support or oppose the movement to “Defund the Police”? and overwhelmingly 64% opposed as 34% supported.

Depending on your political ideology, you were likely to support defunding the police. For example, that same ABC poll showed that 55% of Democrats agreed with BLM at the time (June 2020). Chief among them were the Democratic “Squad” members of Ilhan Omar, Rashida Talib and Alexandria Ocasio Cortez. Several corporations flowed with the political winds and supported the “Defund the police” movement as well. (Click here for a list of them.)

DEFUNDING THE POLICE WAS AND IS A BAD IDEA

And as any sane person could predict, when you defund police departments, cities burn and fall soon thereafter. Here are just a few stats of many that could be cited.

And just as predictable as more crime was, so too was the hypocrisy of elected officials. Trending Politics reported, “BUSTED: New *Receipts* Expose ‘The Squad’ as Complete Frauds on ‘Defund the Police’”

“Members of the progressive-Democrat group in Congress called “the Squad” who have been pushing to defund the police, spent thousands of dollars on private security for themselves, according to Federal Election Commission (FEC) records reviewed by the Daily Caller,” Rodgers reported on Monday.

A SIMPLE SOLUTION TO OUR POLICE PROBLEM

You can’t make this stuff up. But, I digress. No matter the reason, there will be some who want to continue defunding the police and there will be others who want to maintain the protection paid for by their tax dollars. I think the solution is simple; give people the choice to opt out of police services. While it may be challenging to separate people who want the police from those who do not, we could begin at a very basic level – 911 services.

Citizens should be able to go online and register their home and (if their neighbors agree) neighborhoods as police-free zones. This means that should anyone try to rob their home or commit some other crime, those citizens cannot dial 911 for assistance. (Citizens should be able to register their businesses as well. ) If they do, a recording will play reminding them of the choice they made. I can imagine it sounding something like this…

“You have dialed 911. We are sorry you are having difficulty but let us remind you that you opted out of 911 police services so no police will be coming to assist you. Thank you for calling 911.”

The money saved in gas, overtime and related resources could be used to offset the defunding demanded by some local residents. Plus, this will allow Police to be more efficient by helping those people who want their help. However, I would caution those who opt-out of 911 services to assert their 2nd amendment rights as mass public shootings tend to happen most in gun free zones. Then again, if you are against the 2nd amendment, that does put you in a bit of a quandry. Unless, the absence of police coming to your rescue persuades you otherwise?

I think the underlying goal from the left is to demonize local police officers so that they can be replaced by some sort of international police force controlled by elites; maybe a UN peacekeeping force? That’s not idle speculation. The family of George Floyd sent a letter to the United Nations to ask for its help in disarming police officers in the United States of America.

And that’s not the first time the United Nations was asked to intervene in USA law enforcement matters. In 2016, the Obama administration announced its “…support for a set of principles that give a green light for U.N. peacekeeping troops and police to use force to protect civilians in armed conflicts…U.N. peacekeepers from these 29 countries are now required to act in cases where civilians are in danger.” (Umm… Is this still in effect? I don’t know. Somebody tell me?)

Last year, the NY Times argued, “Americans are not so inherently virtuous that they can safely disregard the moral discipline that international oversight provides.” They also pointed out:

HOW DO I FEEL ABOUT UN ASSISTANCE?

While the United Nations in general and the UN Police (UNPOL) specifically, may mean well and do some good, I am not in favor of any outside agency delegating what happens with the police in my local community. Neither am I truly in favor of reducing police services to citizens when they need that assistance the most. (#sarcasm) However, if these are my choices, I much rather allow people to choose to leave the protective covering of local police than allow an outside force tell me what to do. America should be governed by Americans, not the world.

That was a rather long rant. Sorry. Tomorrow’s rant may be shorter. We will see.