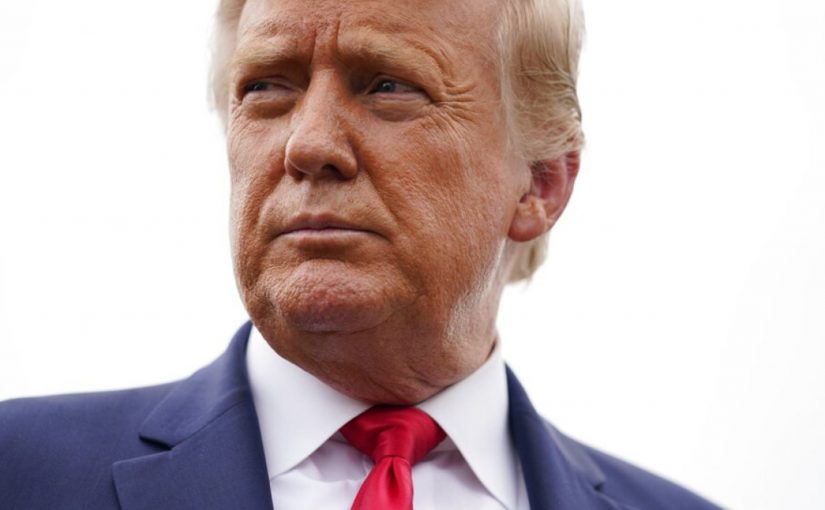 Wow! Democrats are Truly Terrified of a Trump Comeback

Trump Derangement Syndrome is real. Its to the point that new laws are being constructed to specifically target Donald Trump. Doubt me? Follow this stream of consciousness because maybe I’m the crazy one.

Rumors have been circulating that Trump would be interested in being Speaker of the House, something he did not dispel when he talked to conservative radio host Wayne Allen Root.

Radio host Wayne Allen Root suggested Trump campaigning for a spot in the House of Representatives before taking on the challenge of winning back the White House in 2024 during an interview the two had in June, The Daily Mail reported.

“Why not, instead of waiting for 2024, and I’m hoping you’ll run in 2024, but why not run in 2022 for the United States Congress? A House seat in Florida. Win big. Lead us to a dramatic landslide victory. Take the House by 50 seats,” the host said.

“Then you become the speaker of the House, lead the impeachment of Biden and start criminal investigations against Biden,” he said. “You’ll wipe him out for this last two years.”

“That’s so interesting,” the 45th President of the United States said. “You know, it’s very interesting.”

No matter how interesting that sounded to President Trump, it was a non-starter. The Washington Examiner put that rumor to bed weeks ago. To quote…

Former President Donald Trump had left the door on becoming speaker of the House open, but his spokesman shut that scenario down.

Jason Miller, the former president’s outgoing spokesman, said Trump “has zero desire to be speaker.” Prior to Miller’s pushback, the former commander in chief called the possibility of becoming the next speaker, should Republicans take back the majority in 2022, “so interesting.”

Still, that was a Trump spokesman and not President Trump himself. Could President Trump’s mind be changed? Possibly. Maybe that’s why this went down from Democrat Pennsylvania Rep. Brendan Boyle.

My impression of this is, in a word, wow. The fear is so real, its palpable. Read this Newsmax article for more context.

If you are a fan of Tucker Carlson or watch Steve Bannon’s War Room then, no doubt you are familiar with my guest – Professor David Clements. He is quickly becoming the authoritative voice on election integrity. In my chat with him, we discussed the suspicious events surrounding the 2020 Presidential Election, the hypocritical reactions of Democrat leadership and how everyday Americans are fighting to save the republic. This episode is sure to inspire as it reminds us all what the true spirit of America is all about.

Today was not a good day to be Dr. Fauci

Senator Rand Paul accuses Dr. Fauci of a 5-year felony crime. Visibly shaking, Fauci obfuscates the argument and accuses Paul of lying. Paul uses Fauci’s own definition [of gain of function research] against him. Fauci becomes more irate. For context, click here to read a more detailed account. Pro tip: When they insult you personally or try to change the topic in mid-debate and/or decline to directly answer the argument at hand, you’re winning.

If you Google Black Lives Matter then, you are a White Supremacist

Now this is yet another reason why you should dump Google for DuckDuckGo. Here is a quote from Fox News.

According to Defense One, the contractor Moonshot CVE, which has ties to the Obama Foundation, is working on data that would identify which military bases and branches have the most troops searching for domestic extremist content. While that particular project’s contours are unclear, the company previously released a June report, in conjunction with the left-leaning Anti-Defamation League, on purported “White supremacy trends in the United States.”

So, what is an example of a search for domestic extremist content? Searching for “the truth about black lives matter.” To quote the same article further.

For “the truth about black lives matter,” the group said: “This search suggests that the BLM movement has nefarious motives, and is a disinformation narrative perpetuated by White supremacist groups to weaponize anti-BLM sentiment.”

It adds: “While the search phrase appears innocuous, several books include it in their title and allege that the BLM movement is ‘joined with Antifa burning and looting.’ These sources echo White supremacist disinformation narratives alleging that BLM protesters are trying to ‘overthrow the republic’ and ‘harm American citizens in a Marxist coup,’ as a means of delegitimizing it. Multiple videos on YouTube also promote these narratives – in particular the criminalization of BLM – using the identical phrase.”

I’ve done searches along this line for research purposes. For the record, I am not a white supremacist. However, it would not stop the left from accusing me of being one.

This quote from The US Sun is further validation for me on why I do not have such devices in my home.

Sources also told IndiaToday the company admitted that its AI assistant will at times record audio on a smartphone or smart speaker even when it hasn’t been summoned. Google clarified how the assistant system works in a statement to Android Authority.

“In standby mode, the device processes short snippets of audio (a few seconds) to detect an activation — like when you say, ‘Hey Google.’

“If no activation is detected, then those audio snippets won’t be sent or saved to Google.”

The statement also noted that when the Assistant detects its wake word, “the recording can include a few seconds before you activate your Assistant to catch your request at the right time.”

Google has previously admitted that employees listen to short recordings to improve language comprehension in its products.

I suppose the question really is, do you trust Google to not eavesdrop when they clearly can? Moreover, do you trust them to tell you (verses telling the government) if they do?

CNN announced with great fanfare that they’re creating a “CNN Plus” streaming subscription service for the first quarter of 2022. Chief digital officer Andrew Morse laid it on thick in the press release: “As the most trusted and recognized name in news, CNN has unrivaled global reach, world class talent and a deep existing library of content, including award-winning series and films.”

But it became truly bizarre/hilarious when Morse told the “Strictly Business” podcast at Variety there would be no “political slant” to CNN Plus content. Andrew Wallenstein tried to define the personality of the new venture.

WALLENSTEIN: Is it more irreverent? Is it less traditional? Is it more ideological, I have to ask? Is it going to be something that, you guys are known as the liberal network, and if you really want to go “deep lib,” here’s CNN Plus?

MORSE: I don’t think anyone who’s looking for “deep lib” would seek out CNN. It’s just not what we do. But no, it’s not going to be ideological. We’re just not in that game. We’re not an opinion network, we’re a news network.”

Hahahahaha… whooo… Thanks Newsbusters for that chuckle. I needed that one.