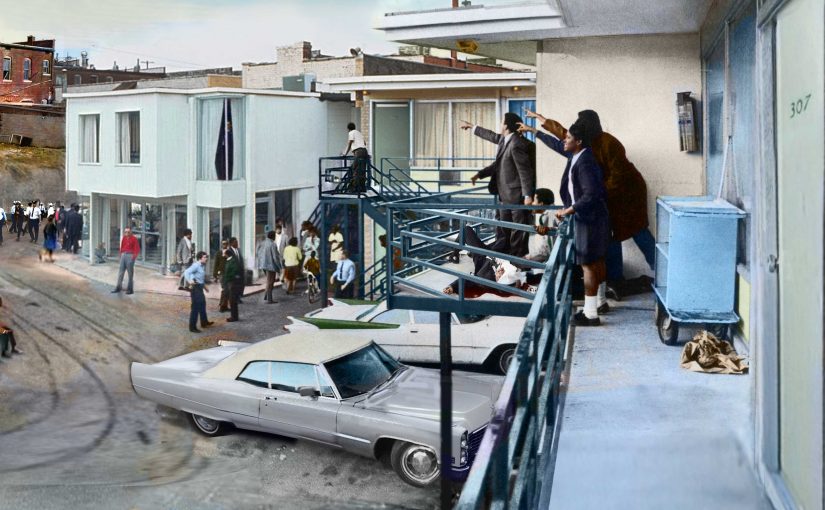 In this episode of “The Things I Think About Podcast,” I have a very interesting conversation with Gary Revel. Who is that? Read on.

“Not so!” writes acclaimed author Gary Revel in his new book, To Live or Maybe Not,and theme song, “They Slew the Dreamer,” adding that his work is “historically accurate, and an often edge of your seat, first-person, up-close account that sets the record straight.”

Revel offers a behind the scenes look at the dramatic yet terrifying walls of the infamous Brushy Mountain Prison of East Tennessee, where he walked and talked with the much written about (“alleged”) assassin of Martin Luther King Jr., James Earl Ray.

It all began in January 1977, in the law office of Jack Kershaw in Nashville, Tennessee, where Revel was asked to investigate the Martin Luther King Jr. assassination. A month later, Revel was sitting in a conference room inside the gothic looking walls of Brushy Mountain Prison, talking to James Earl Ray.

“James told his story. The real one. The one he was afraid to tell lawyers, the FBI or anyone he thought may be connected with the government,” Revel said, adding that he was operating as an undercover special investigator. Although associated with the House Select Committee on Assassinations and Attorney Jack Kershaw, he was not working directly for anyone but himself, he explained.

Revel continued. “Jimmy knew he was a dead man if he told the truth to anyone who would get it back to the killers, or even to those associated with them. When he became a made Mafia member, in New Orleans, by the hand of Carlos Marcello, the most important thing he learned was ‘Omerta,’ the oath of secrecy.”

What Revel said he learned — from that meeting and many others, confrontations, near death experiences of himself and family members, and murder of his brother and others — was this: James Earl Ray did not shoot and kill Martin Luther King Jr.

On April 4, 1967, MLK spoke against the Vietnam War, at the Riverside Church in New York. On April 4, 1968, King was shot dead on the balcony of the Lorraine Motel in Memphis, Tennessee. Those are the basic facts. The intrigue, danger, perplexing associations and events related to the entire matter form the essence of Revel’s investigation.

“History winces at this,” Revel added. “The truth has been abused for so long. Many have died because they sought the same truth.”

The House Select Committee on Assassinations, which Revel worked in association with, concluded that there were “general indications of conspiracy”in the assassination of MLK. Revel agreed but went further, saying, “James Earl Ray was not the shooter, nor was he a knowing participant in the killing.”