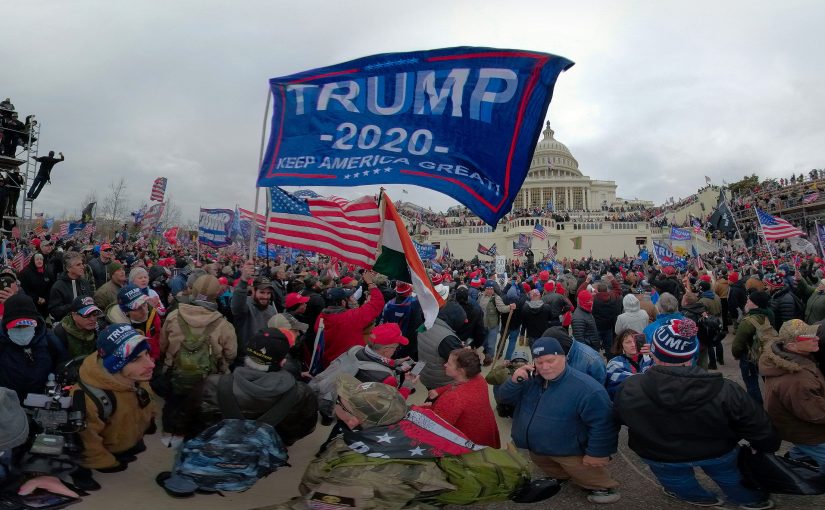 One year later, there are no ‘Insurrection’ charges filed against 725 people charged in Jan. 6 Capitol Breach. Yet, they are still in jail. Please pray for these political prisoners.

By the way, are you watching Conservative Television of America? All the cool kids are, join us. 😉

January 6th: The Insurrection That Was Not

The Cambridge Dictionary defines “insurrection” as: “an organized attempt by a group of people to defeat their government and take control of their country, usually by violence”

By that definition, there was no “insurrection” at the United States Capitol on Jan. 6, according to the FBI. Reuters reports:

The FBI has found scant evidence that the Jan. 6 attack on the U.S. Capitol was the result of an organized plot to overturn the presidential election result, according to four current and former law enforcement officials.

“Ninety to ninety-five percent of these are one-off cases,” said a former senior law enforcement official with knowledge of the investigation. “Then you have five percent, maybe, of these militia groups that were more closely organized. But there was no grand scheme with Roger Stone and Alex Jones and all of these people to storm the Capitol and take hostages.”

Despite this, the left will not let the January 6th propaganda cease. Why? In a word, power. Midterms are coming and nothing generates partisan divide and votes like fear and outrage. It is a tried and true formula that the left will likely never abandon. Remember the Summer of 2020? The left leveraged the outrage over George Floyd to fan the flames of violence and riots for political advantage. (And all at the expense of 25+ deaths, 2 billion dollars in property damages and to date, no real accountability by BLM; despite most Americans wanting an investigation.) So, why walk away from a strategy that has worked so consistently well in the past? Sigh.

I would like to think that logic and common sense will cause the American people to snap out of the mass hypnotism used to control the masses. I am cautiously optimistic because of the push back VP Kamala Harris received regarding her January 6th comments. In a nutshell, she equated the riots of January 6th to Pearl Harbor and September 11.

I wholeheartedly disagree with her because of the following stats.

Today, I scanned various mainstream news outlets out of curiosity and as expected, I saw 2 things…

What caught my attention the most was the moral high ground the left asserted, saying time and time again how the violence on that day was unjustified, inexcusable and should be punished – harshly. I thought the rhetoric was hypocritical and not just because of the riots of 2020. I saw the hypocrisy in several Democrat pardons for people who commit true violence against our democracy. Here are a few that come to mind.

The United States Capitol shooting incident of 1954 was an attack on March 1, 1954, by four Puerto Rican nationalists; they shot 30 rounds from semi-automatic pistols from the Ladies’ Gallery (a balcony for visitors) of the House of Representatives chamber in the United States Capitol. They wanted to highlight the struggle for independence from US rule.

The nationalists, identified as Lolita Lebrón, Rafael Cancel Miranda, Andres Figueroa Cordero, and Irving Flores Rodríguez, unfurled a Puerto Rican flag and began shooting at the 240 Representatives of the 83rd Congress, who were debating an immigration bill. Five Representatives were wounded, one seriously, but all recovered. The assailants were arrested, tried and convicted in federal court, and given long sentences, effectively life imprisonment. In 1978 and 1979, they were pardoned by President Jimmy Carter (D); all four returned to Puerto Rico. [Source]

The U.S. presence in Vietnam led to a spate of bombings and violent attacks at a host of sites, including U.S. draft board locations as well as corporations, banks and educational institutions seen to be supporting the war effort. Leftist militants the Weather Underground claimed responsibility for a bomb placed in a men’s washroom one floor below the Senate chamber on March 1, 1971. The group said the bombing was in protest of the expansion of the U.S. military presence in Southeast Asia, specifically to Laos. The bomb threat was phoned in overnight, 30 minutes before detonation.

Given the time of day, no one was injured in the blast, but damage was estimated at $300,000 US. The bombing threatened to derail a peaceful protest planned for Washington in early May and heightened the response from Richard Nixon’s administration, events detailed in the recent book by Lawrence Roberts, Mayday 1971: A White House at War, a Revolt in the Streets, and the Untold History of America’s Biggest Mass Arrest. Those protests took place, and with pressure from the Nixon administration, D.C. police arrested 12,000 people, the largest mass arrest in U.S. history. [Source] The Weather Underground was later pardoned by President Bill Clinton (D).

On his final day in office, Jan. 20, 2001, President Bill Clinton commuted the sentences of a pair of radical leftists serving time for bombing the U.S. Capitol building, where a 1983 blast shattered the second floor of the Senate wing. Linda Evans and Susan Rosenberg each served 16 years of lengthy sentences, with Rosenberg escaping 42 years of a 58-year sentence and Evans cutting short a 40-year sentence by 24 years.

The FBI landed formal indictments on Evans and Rosenberg in the 1988 “Resistance Conspiracy” case for their involvement in the bombing of the Capitol along with five others. Evans and Rosenberg had already been in police custody for other crimes of the radical left-wing terror group May 19th Communist Organization (M19), named for the birthdays of Malcolm X and Vietnamese leader Ho Chi Minh. According to a historical chronology of the left-wing group by the Smithsonian Magazine, M19 also carried out successful bombings of an FBI office, the Israel Aircraft Industries building, the South African consulate in New York, and D.C.’s Fort McNair and Navy Yard.

“The attacks tended to follow a similar pattern,” the magazine reported. “A warning call to clear the area, an explosion, a pre-recorded message to media railing against U.S. imperialism or the war machine under various organizational aliases (never using the name M19).”

Rosenberg is now a prominent left-wing activist, who, early last summer sat on the board of Thousand Currents which poured $10 million into causes for social justice including Black Lives Matter, according to Fox News. [Source]

To be fair, I did not see a big call to unify the country from the right either. (Rolling my eyes.) That being said, I think the left is doing themselves a disservice at the expense of the country. I suspect that dividing the country at EVERY opportunity will backfire on them during the midterms – bigly. I think they see it coming. And when it does happen, I believe the country will collectively hold their breath to see what will happen next. Whatever it is, I doubt it will be boring.