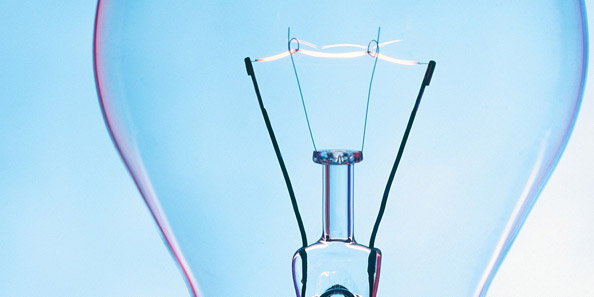 Okay, in my last post, I went on a long rant about job boards not being creative enough (in my humble opinion). In this post, I want to make a few more suggestions. Sure, it may be a “pie in the sky” kind of thought, but hey, you’ll never know if you never ask. What if at the bottom of each job posting were stats that would let the jobseeker know what is going on with the job in real-time?

We offer a competitive benefit package including health, dental & vision insurance, 401k plan, profit sharing, PTO (paid time off) & holiday pay.​ If you meet the above requirements, please submit your resume for consideration to careers@​somecompany.​com.​

My thought is that each job could be treated like its own little jobfair. Get it? No? Okay, I’ll go a little deeper into it.

So why do it like this?  Simple. The jobseeker knows where he stands and what is going on with the job at any given time. If they were among the “shortlisted” they would be notified by email. If they were not chosen to be shortlisted, then they know that as well.  They also know when a job is closed, so they can go and concentrate on another position somewhere else.

Does that make sense? What are your thoughts? 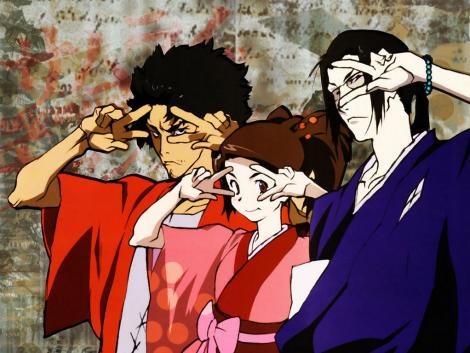 The other day I was veggin’ on the couch and flipping through my DVR to catch up on some guilty pleasures.  Just in case you are wondering, I’ll run through a few: Nikita, Smallville, V, The Human Target, Chuck, House, Fringe and Desperate Housewives (again – guilty pleasure) and Samurai Champloo.

Somewhere between watching Mugin and Jin carve bad guys with their swords (Samurai Champloo) and Bree creating the perfect family meal (Desperate Housewives) I get this idea. What would it take to become my favorite TV character? The more I thought about it the more I realized how career sites and the recruiting industry as a whole were missing out on a golden opportunity.

Riddle me this Batman. When was the last time you saw something truly innovative erupt from one of the major career sites? And when I say innovative, I am not referring to a “me too.” (Oh look, Monster has a blog now! Yawn…) If you are like me then you can not think of anything earth-shattering either. If I may, allow me to make a suggestion to every career site in the world. After clearing my throat I say, “Do something different!!!”

Why not divide your jobs up in other ways than industry and company? Consider these suggestions…

1. Have a section of your site dedicated to specific television shows and/or popular movie characters. Create resumes for these characters that link to current opportunities and specific schools. For example, (Smallville fans will appreciate this) have a biography page on Clark Kent. It would include Clark’s yearbook picture, a mention of his interests in astronomy and his intention to either pursue a career as a mild-mannered reporter or, major in Agriculture and assist with the family business. Clicking on astronomy, reporter or agriculture would link to relevant job openings and perhaps college websites that offer programs in those areas.

Or better yet for the CSI fans… After watching a 6-hour marathon of Gil breaking down crime scenes, you think that you can do that (or you would at least would like too). So the next time you are job searching for a dream job, you see Gil’s picture and say I want to do that gig. How do I even get started? Who would hire me? So you click on the CSI Jobs section and you see something like this (from the official CSI website)

(Doesn’t looking at the picture put the TV theme in your mind? Hum with me… Ooooohhhh aaaaahhh…)

Inside of this fictional profile would be links to schools he attended and the jobs this character is qualified for. I think it would be worth a few bucks to advertise a position to qualified forensic scientists that are CSI fanatics. Why? People passionate about their work make better hires!!! (Jim Stroud’s Tip of the day.)

2. Although this is not recruiting related, well.. maybe it is. Howzabout a cross-promotional bringing awareness to the latest box-office bonanza? For example, Nicholas Cage had a movie out now called “The Weatherman.” Why not approach movie producers with the idea that a career site can market a movie directly to people looking for jobs in meteorology? Who better to generate buzz about “The Weatherman” than people passionate about the science of weather?

Furthermore, careersites could have a message board where people could discuss what was wrong with the science of “The Weatherman.” For example, I can EASILY imagine someone saying that “…the Doppler radar used in the first scene was not the best radar to use because that model was based on a technology two years out of date. They should have used the new Doppler 3000. Blah, blah, blah…” Okay, you may roll your eyes at someone who nitpicks over details like that but guess what? This is THE person that you would want to hire. Why? Please refer to earlier point ( People passionate about their work make better hires!!!)

Am I am being a bit naive in thinking that this is possible? Maybe career sites are perfectly satisfied with business as usual? Maybe they have already considered approaching this strategy and turned it down? Maybe recruiting and entertainment are two entities that are best kept separate?

Maybe. But I doubt it…

It is too easy to become a recruiter.
.
I suppose that can be said for a variety of disciplines, but I would wonder how closely those positions affect the bottom line the way recruiting does. A company is powered by its people and the gas of that engine is recruiting. Staffing professionals know this, C-level executives are aware of the fact and likewise savvy investors who bet on the jockey rather than the horse they ride on. However, across many organizations the staffing department is grudgingly regarded as a resource of necessity that is wholly unappreciated. To make an unfair comparison, recruiters are often thought of like Firemen; well appreciated in times of fire, but forgotten otherwise. Sure, there are organizations that give lip service to the value of recruiting, but consider these questions. How often does the CEO of your company wander the cubicles of the staffing department to personally congratulate the Recruiter’s contribution? When was the last time the staffing department was given kudos in a press release from upper management? When the stock goes up in your company, is staffing cited as a factor?
.
Recruiting overall suffers from bad publicity (or the lack of a significant amount of good publicity) reflected in the unspoken accolades from above and the occasional disdain from candidates. What do I mean? If a candidate is unemployed, unhappily employed or under-employed, then a call from a recruiter is a welcome God-send. Conversely, if the candidate is comfortable in their present role, such solicitations can be a nuisance. Furthermore, consider those recruiters who engage unqualified candidates and handle their candidates haphazardly. The end result is a negative impression of a certain company and a black eye on recruiting in general. It would seem that when recruiting (in any discipline) you have to contend not only with the requirements you are trying to fill, but also the biases of recruiting coming from all concerned. Fortunately, I have a strategy for turning this around.
.
Simply put, serving as a recruiter does not carry the prestige of being a doctor or lawyer; neither high school nor college students decide early on to become a recruiter. (How many graduate programs offer an intensive training in recruiting?) It has been my observation that people tend to  “stumble” into recruiting and therein lies the issue. Returning to my initial statement, it is too easy to become a recruiter. While it takes a lot of effort to be a good recruiter and great experience to be seen as superlative, only a nominal effort is required to become an  “official” recruiter. This is why I propose that the recruiting industry submit itself to a national standard that is regulated by an outside agency. Specifically, I would like to see the following:
Is this too much to ask for? Maybe not; perhaps recruiters will one day demand a new level of excellence and take it upon themselves to regulate themselves. When the economy returns and companies are scrambling to secure top talent, management will appreciate a recruiter’s efforts to adhere to new principles and see staffing in a new light. And then there is the ultimate triumph of people aspiring from highschool to join the recruiting industry. Realizing the influence, prestige and distinction that come with being a trained and licensed recruiter, the average career span of a recruiter would more than double.
.
Jim Stroud, Licensed Recruiter
Certified since 1997
Professional review rating of 98.5%.
.
On second thought, naaahh… It will never happen.