I saw a video that featured teenagers and their reaction to racial injustice and police brutality in the wake of the George Floyd protests and riots. Listening to some of their testimonies was heartbreaking as they likened the USA to a third world country run by demagogues and storm troopers. When the video finished, I asked myself, “If I were a black immigrant with the entire world as my option, would I choose to live in a country that would oppress me at every turn?” Of course, I would not, yet millions of black immigrants flow into the USA everyday and they prosper. How can that be when America is so racist?

This is the first in a series of episodes defending America against the accusation that its a racist institution profiting on the exploitation of minorities. More will come in the future. Tune in to this one and share your thoughts?

So, the other day, I saw a video promoting a news special on PBS. It was entitled, “WATCH: Young people respond to racism in America.” The description of the video reads like this…

Teens across the U.S. have responded to the recent conversation around racial injustice and police brutality with fear, hope, and resolve to make lasting change. Their perspective comes as part of PBS NewsHour Student Reporting Labs call out for student responses to recent uprisings sparked by the death of George Floyd on May 25 while in police custody.

Here is a clip from that video. {video plays}

As I listened to the testimonies and very real fears these young people have about living in the United States, I could not help but wonder why anyone would want to move here. If I were an immigrant, with the entire world to choose from, would I choose a country filled with racism and systems designed to keep me oppressed? Of course, I wouldn’t, which is why so many immigrants, black immigrants – in particular, make their way to America. In fact, the number of black immigrants to America has grown exponentially in the past few years. After this brief word from my sponsor, I’m going to share some VERY interesting statistics with you. Stay tuned.

In 2018, NBC News reported that 64 percent of Americans say racism is a major problem. Here’s a quote…

The poll coincided with an MSNBC town hall airing Tuesday night titled “Everyday Racism in America,” where hosts Joy-Ann Reid and Chris Hayes addressed the complex issue of racial bias in America and what can be done to address it. The town hall took place in Philadelphia, where two black men were arrested while waiting for someone in a Starbucks last month, prompting days of protests and accusations of racism against the coffee chain, and on the same day the chain closed 8,000 stores nationwide for “racial bias training.”

If you watched the debates of the Democratic Presidential candidates last year, racism was mentioned frequently. Listen to this clip to get an idea of how popular the topic was.

And according to a Pew research on Twitter conversations, between Jan 2015 to March 2016, there were over 30 million twitter posts about racism.

With so much talk about racism in America and the fear of being oppressed in America from racists systems, why would anyone want to immigrate here? A better question, why would black immigrants want to live here? And yet, they come here by the millions and are prospering. Here are some stats from the Pew Research Center.

If America is such a racist country as reported in the media, echoed by politicians and is accepted as a given by the majority of Americans, then why do so many black immigrants – African immigrants in particular, do better than the African Americans who were born here?  Maybe, just maybe, the African immigrants were so focused on being successful that they did not allow racism to hold them back.  And to be clear, I did not say that racism did not exist or hamper them in some way. What I am saying is that in the big scheme of things, it did not matter. 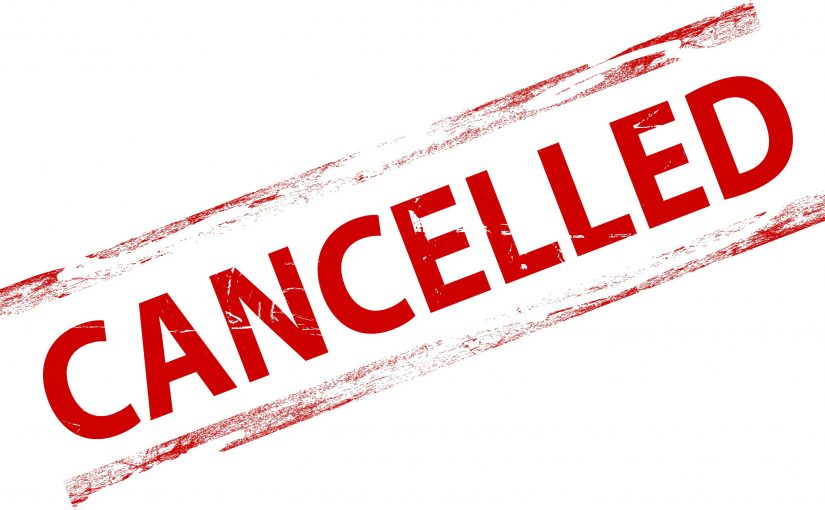 The woke cancel culture in society seeks to publicly shame or withdraw support from public figures because of unpopular opinions or offensive actions. In some cases, it might be appropriate to do so, yet increasingly it is a sign of mob culture that has gotten out of control. What happens when cancel culture enters the workplace and people are fired because someone is triggered by an alleged woke vs racism comment or an opinion expressed decades ago? Worse yet, what if you are cancelled at work for trying to help a cause that both parties agree with?

It may sound crazy but free speech is under attack and it is becoming more prevalent in the workspace. In this episode, Jim Stroud examines examples of cancel culture, why it persists and what it will take to finally end it. Tune in for a very special episode. Big thanks to Black History Quiz! Subscribe to the Black History Quiz Newsletter now!

Articles cited in this podcast:

Obama is right about giving ‘woke’ culture a rest, but will progressive Democrats listen? | Commentary | phillytrib.com

Cancel Culture: How it Can Hurt You at Work – Golden Girl Finance

Museum Curator Resigns After He Is Accused of Racism for Saying He Would Still Collect Art From White Men – Reason.com

In the Era of ‘Woke Capitalism,’ Apolitical Is Not an Option | Time

When writing The Communist Manifesto, Karl Marx thought he was providing a road to utopia, but everywhere his ideas were tried, they resulted in catastrophe and mass murder. And there is no exception to that rule. Not the Soviet Union, not Eastern Europe, not China, not North Korea, not Vietnam, not Cuba, not Venezuela, not Bolivia, not Zimbabwe. Wherever Marxism goes, economic collapse, terror and famine follow. How is this relevant? Black Lives Matter co-founder – Patrisse Cullors admits that she and fellow founder – Alicia Graza are trained Marxists. I will speculate on the ramifications of that in this episode. | Special thanks to my sponsor – Black History Quiz! / Subscribe to the Black History Quiz Newsletter today!

Resources mentioned in, and related to, this podcast:

As with any content I produce, PLEASE RESEARCH FURTHER and come to your own conclusion. Thank you in advance.

I mentioned in an earlier post that I am researching the media for an upcoming podcast. The more I dig into matters concerning journalism, the more I get concerned for American freedoms I have taken for granted my whole life. I am speaking of the right to free speech.

There has been an alleged coordinated attack against conservative content that has intensified as we approach the election that has been in effect for years.  The efforts go beyond the political to include a globalist agenda to bring the entire world under the control of a single, global authority. Said agenda is purported to be supported and encouraged by people like Bill Gates and the World Health Organization.

For some people, just mentioning an impending “new world order” is enough to get your eyes rolling and I can agree that such claims can seem far-fetched, to say the least. Whether you believe these claims or dismiss them as far-out conspiracy theories perpetuated by Trump supporters, it is undeniable that there is a disturbing trend of censorship underway from big tech companies.

What bothers me about censorship is this.

One very disturbing example of this is something BreitBart reported yesterday. I learned about it after someone forwarded me a video that I will share in a moment. For now, here is a quote…

Facebook has removed a video posted by Breitbart News earlier today, which was the top-performing Facebook post in the world Monday afternoon, of a press conference in D.C. held by the group America’s Frontline Doctors and organized and sponsored by the Tea Party Patriots. The press conference featured Rep. Ralph Norman (R-SC) and frontline doctors sharing their views and opinions on coronavirus and the medical response to the pandemic. YouTube (which is owned by Google) and Twitter subsequently removed footage of the press conference as well.

The video accumulated over 17 million views during the eight hours it was hosted on Facebook, with over 185,000 concurrent viewers.

Further down the article, it reads…

“We’ve removed this video for sharing false information about cures and treatments for COVID-19,” a Facebook company spokesman, Andy Stone, told Breitbart News. The company did not specify what portion of the video it ruled to be “false information,” who it consulted to make that ruling, and on what basis it was made.

After Facebook decided to take it down, YouTube and Twitter removed it as well. This has me wondering, how do I know what Facebook et al have decided was for the greater good? The video is down so I cannot see who the doctors were nor hear for myself what they were saying. I scanned through some of the comments on the article and I found this one interesting.

To purposely prevent an exchange of information
about a matter of public health for the entire nation
seems to represent a new level of irresponsibility.

Perhaps these organizations will share the background
and qualifications of their censors who are designated
to be the controllers of information regarding a
national health discussion.

Those qualifications can then be compared to those
of the speakers who were censored.

This does point out again the urgent need to define the difference between a platform and a publisher.

And I could not agree more.

This is not the first time that a group of doctors have countered the mainstream media’s narrative and were censored by big tech companies.

Check out the video below (before it is removed, which would prove his point) as it goes into more detail concerning this matter. I think his points and personal outrage is valid. Whether the information is true or not, I despise censorship because it is a reminder that someone wants me to think as they do and not have my own opinion. It also invalidates a contrary opinion because relying on silence suggests the opinion cannot be defended once scrutinized.

Oh! And please leave a comment below? Thank you in advance.

P.S. I just found a link to the banned video here. Watch it, research what they say and decide for yourself (along with your doctor) your personal actions.

Next to my father, the only other man I looked up to when growing up was The Lone Ranger. Silver bullets, a black mask, a white horse and Tonto mean more in the maturity of my adulthood than they did in my childhood, but I always had an appreciation for them (even when I was not totally sure what I was celebrating). Webster defines a manifesto as “A public declaration of principles, policies, or intentions, especially of a political nature.”

If you would indulge me, I would like to explain and evangelize what I call “The Lone Ranger Manifesto” with the hope that it becomes not just a series of amusing observations, but a moral template to live by. | Resources related to this podcast can be found here | Special thanks to my sponsor – Black History Quiz! | Subscribe to the Black History Quiz newsletter now!